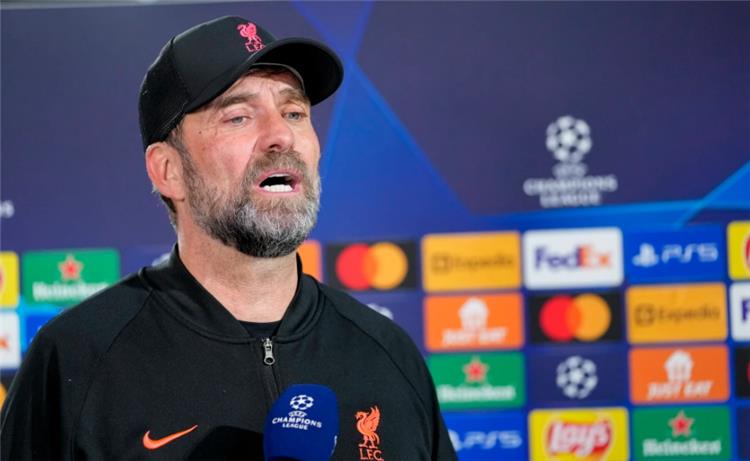 German coach Jurgen Klopp stressed that he still believes that his team can beat “leading” Manchester City in the title race and keep his hopes of achieving a historic quartet.
City, the “title holders”, expanded its lead to three points (86 compared to 83), and increased the goal difference in its favor to four better than Liverpool, by beating Newcastle 5-0 on Sunday, the day after the Reds stumbled with a 1-1 draw at “Anfield” against Tottenham.

Despite this imperfect instigation, Klopp ignored suggestions that he should now focus on providing the energies of his players to face Chelsea in the FA Cup final on Saturday and the Champions League final against Real Madrid on the 28th of this month.
“Until we can’t win it (the league) anymore, why stop believing? That’s what we do,” the former Borussia Dortmund coach said in the press conference he held before a perilous trip on Tuesday to Aston Villa in a game postponed from stage 33.
“Obviously it’s not over, no matter what happens, because we’re both going to have three matches. What I’m really concerned about is: How do we win our matches?”
“In a perfect world, you win all the games and you’re always in a great mood. Often times we have to respond to setbacks and that’s what we have to do.”
City coach Pep Guardiola said earlier that he feels that the whole of England stands behind Liverpool in their quest to win the title, and said after the victory over Newcastle, “Everyone in this country supports Liverpool, the media and everyone.”
However, Klopp contradicted his counterpart’s words, stressing that he does not feel this feeling because of the hostile environment his team faces when playing away from his stadium, and said, “I have no idea whether all of England supports us” and “This is not the feeling I have when we go to other places and play.” There, he’s actually otherwise, but maybe he (Guardiola) knows more about that than I do.”
Liverpool will face legendary midfielder, former captain and current Aston Villa coach Steven Gerrard, who during his era at “Anfield” failed to lead his team to the league title, but he is respected as one of the club’s greatest players ever and is likely to be a potential successor to Klopp.
Although Aston Villa secured survival in the Premier League by beating its host Burnley 3-1 at the end of the week, Gerrard confirms his absolute bias towards his current team against his old team and said, “My job is to win matches for Aston Villa, and that will always be the case when I represent the club. I want to win. Strongly, and that is no different tomorrow.”
Aston Villa crushed Liverpool 7-2 on their last visit to Villa Park in October 2020.