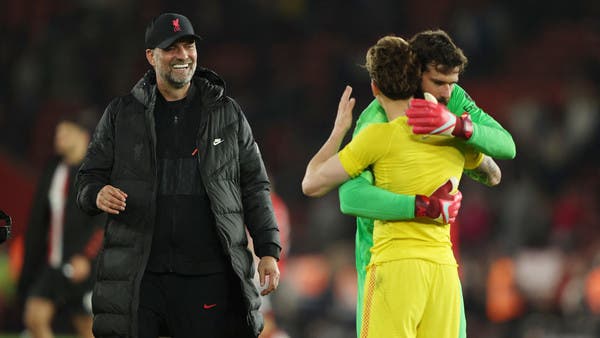 Liverpool coach Jurgen Klopp confirmed that the chance of his team snatching the English Premier League title from Manchester City in the last round next Sunday is “impossible, but possible”.

Liverpool beat Southampton 2-1 to become one point behind City before the last round.

Liverpool need to beat Wolverhampton Wanderers at Anfield, and City not beat their guest Aston Villa.

Klopp, who won the league title in 2020, said: It is possible, not likely, but it is possible. That is enough, certainly not likely because City will play at home to Aston Villa, who play on Thursday. It will be a tough match against Burnley, who are struggling to escape relegation.

“But it’s football,” he added, referring to John Stones kicking the ball off the goal line in the City-Liverpool match in 2019. I remember when City won the title in 2019, it was because of 11 millimeters.

And he continued: If some want us to be champions, we must win first and Aston Villa get one point from City, and we all know that we will not give up. We will try, it will be a home game, our last home game of the season. The atmosphere will be exceptional and we will try to take advantage of it. We must do our job. Football gets complicated sometimes. Aston Villa will play on Thursday and then Sunday. We’ll see but we have to focus on ourselves.