Klopp: Our team is exceptional 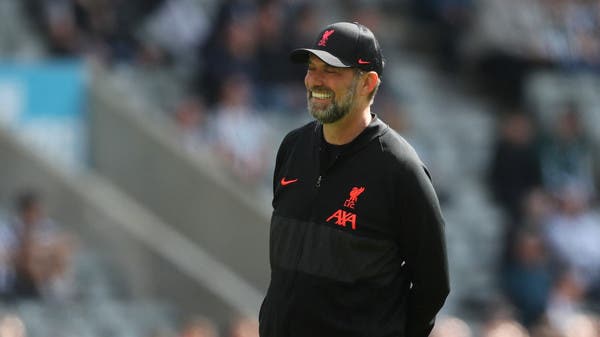 Liverpool coach Jurgen Klopp praised his squad after winning 1-0 at Newcastle United on Saturday to temporarily lead the Premier League despite five changes to the starting line-up.

German coach Mohamed Salah, Trent Alexander-Arnold, Ibrahima Konate, Thiago Alcantara and Fabinho were left out of the starting line-up after their participation in the Champions League semi-final first leg win over Villarreal on Wednesday.

Naby Keita’s goal in the first half was enough to put Liverpool two points ahead of defending champion Manchester City, who will visit Leeds United on Saturday.

“It’s great, isn’t it?” Klopp told reporters when asked about his team’s ability to do well despite the changes. This is the only reason for the position we are in now.

He added, “The faces of the players who did not participate today should have been seen after the end of the match.” It is amazing. We knew that. This is an exceptional group, with exceptional talent and a strong personality.

Liverpool is still competing for an unprecedented quartet, as it won the League Cup and faces Chelsea in the FA Cup final on May 14.

He said: Awesome. Milner is very important to us because for example he is very useful off the field especially when the coach does not speak the club’s native language. Also on the field, he had a great match today.