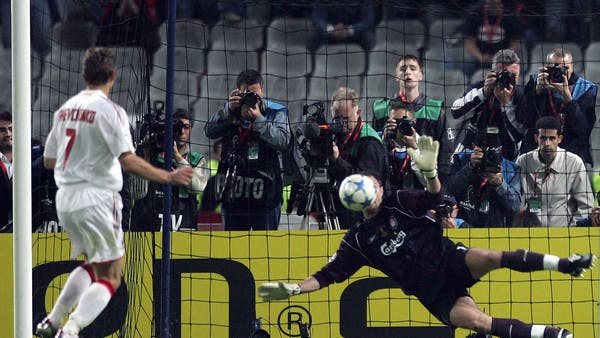 Liverpool coach Jurgen Klopp reminded his team of his Italian counterpart AC Milan, who will face him on Wednesday at the start of his campaign in the group stage of the European Champions League, with the famous uprising in Istanbul during the final of the 2004-2005 version, which ended with Liverpool winning its fifth title in the championship at the expense of the Italian giant.

Liverpool were three goals behind, before scoring a tie in a match called the “Istanbul Miracle” that ended with a penalty shootout victory.

Liverpool and Milan met twice in the final, in 2005 and 2007, and each team won a title at that time. Klopp said that the match in Group B at Anfield will be one of the most watched matches for football fans at the start of the tournament.

“It’s a tough group,” Klopp told reporters. “Atletico Madrid we all know his worth. Porto wins the title in Portugal a lot. Milan is one of the biggest teams in Europe. We’re going to have an exciting tournament.”

He continued: “When we watched the draw, I don’t think anyone said my God, what a great group, it’s all about getting enough points to get through the group and we better not waste time from tomorrow.”

This will be the first time that Anfield stadium is filled with fans for a Champions League match since the outbreak of the emerging Corona Virus “Covid-19” pandemic.

“It’s been a long time since we played a Champions League match at our stadium,” Klopp said. We talked a lot about the great European matches at Anfield and I can’t wait to enjoy that atmosphere again.

Liverpool came from 3-0 down in the 2005 final to win the match on penalties in what became known as the Istanbul Miracle, and Klopp said he almost turned off the television when Milan led 3-0 before the break.

And Klopp joked: Honestly, I had no desire to watch the second half, everyone except the Liverpool players thought that the match was already over, but it became one of the biggest uprisings in the history of football and I am happy that I did not turn off the TV at the time and watched the match until the end.