Klopp: Salah is “great”… and he will stay with us for at least a year and a half 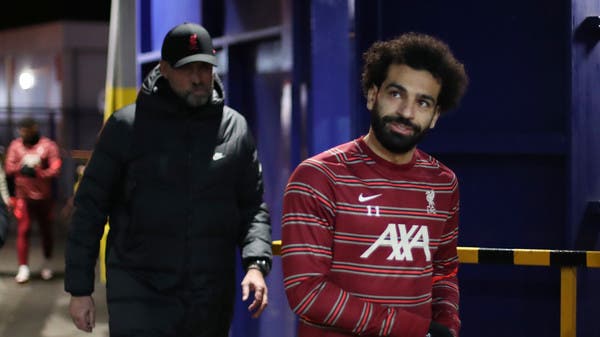 The German coach, Jurgen Klopp, confirmed his confidence in the continuation of his Egyptian player, Mohamed Salah, within the ranks of Liverpool, and the renewal of the latter’s contract with the club, which expires in the summer of 2023, describing him as a great player.

Klopp said in comments reported by “Sky Sports”: “I know that Salah wants to stay, and of course we would like that too. It is normal that negotiations take time. He continued: “I think we are all in a good position now, I am sure he will stay and that it will turn out positively.”

He also added: Things are not only between us and Salah, there is his agent as well, but nothing worth worrying about, he is still with us for the current and next season as well, at least.

The coach concluded his speech by emphasizing that Salah is a great player and gave us a lot, and we want to keep him.

Salah is the top scorer in the English Premier League this season with 16 goals, and is equal with his colleague Arnold as the most assists in the competition so far with 9 passes.

It is reported that Salah had revealed in a previous interview with “GQ” magazine that he “does not ask for crazy things” from the Liverpool administration in reference to his wages, and he wants to stay in the club, but it is up to the management.