Klopp: What Real Madrid did with Manchester City is great 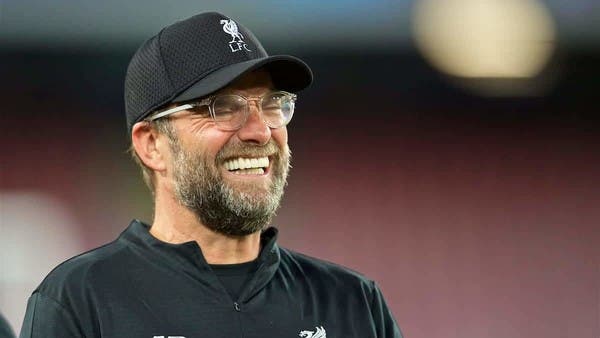 Liverpool manager Jurgen Klopp confirmed on Friday that his team’s defense will face its biggest challenge in a long time against the powerful attack of Tottenham Hotspur when the two sides meet in the English Premier League on Saturday.

Klopp said he expected Spurs under coach Antonio Conte to play on the counter-attack because he has some of the best players in the world who are good at counter-attack, especially when they are away from home.

Klopp told reporters before Saturday’s game at Anfield: “When you think about the way Tottenham win games, they are a great team.” They have crazy speed up front. Harry Kane, what a player. It obviously suits their way of playing.

Very well, there is a great understanding between them. I would say that we will face the greatest challenge in a long time. To win a match you have to create chances and dominate the game but when you lose the ball you have to be close to all the opponents immediately and that is very difficult. We have to find a way to reduce their risk whenever possible.

Liverpool, who reached the Champions League final, are one point behind leaders Manchester City, four games from the end of the season.

In response to a question whether Pep Guardiola’s team would be more determined than ever not to let the league title escape him after the European exit at the hands of Real Madrid, Klopp said: Yes, it was a big blow. Really harsh. A night like that isn’t great. The next morning the feelings are bad but City are now preparing for Newcastle on Sunday.

Real Madrid beat Liverpool in the 2018 final and Klopp said he wanted to face the Spanish team again the following season to avenge that defeat.

In the end, Liverpool won the competition in 2019 by defeating Tottenham in the final.

“But we played Tottenham in Madrid,” Klopp said with a laugh. Madrid seems to be our destiny. It was strange and it was unlucky for City, but what Real Madrid did was fantastic. He managed to beat Paris Saint-Germain, Chelsea and City. If you beat these three teams then you definitely deserve to be in the final. It would be great. We weren’t happy that night (in 2018) but that was a while ago. I am happy to go there to experience it again.