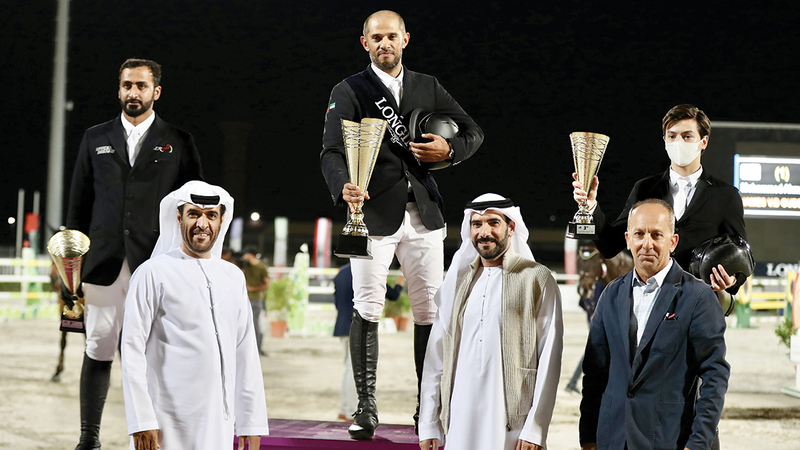 The jockey Mohammed Al Owais on his horse “James VD Odd” won the Al Ain International Show Jumping Championship in the two-star category, to win the grand prize, at the conclusion of the tournament in which 26 countries represented by more than 300 horses participated, and was organized by the Al Ain Equestrian, Shooting and Golf Club.

The Grand Prix competition came in the specifications of one round with a round of differentiation, and its track was designed with barriers of 145 cm high, with the participation of 47 knights, and seven of them crossed into the differentiation round, and five riders completed it without error. The distinction was in the best time (36.78) seconds, and our jockey Muhammad Al-Hajri won the runner-up “GS Fabian” in a time of (36.86) seconds, at the expense of the Uzbek jockey Abdul Rahman, who finished third with the horse “Counter”, and finished the differentiation in 37.89 seconds. Today, at Al Ain Equestrian Club, the three-star Al Ain International Showjumping Championship will start, including the first rounds that the UAE will witness and qualify for the 2022 World Show Jumping Championship.