KNMI issues code yellow for slipperiness: ‘Be careful if you go out tonight or tomorrow morning’ 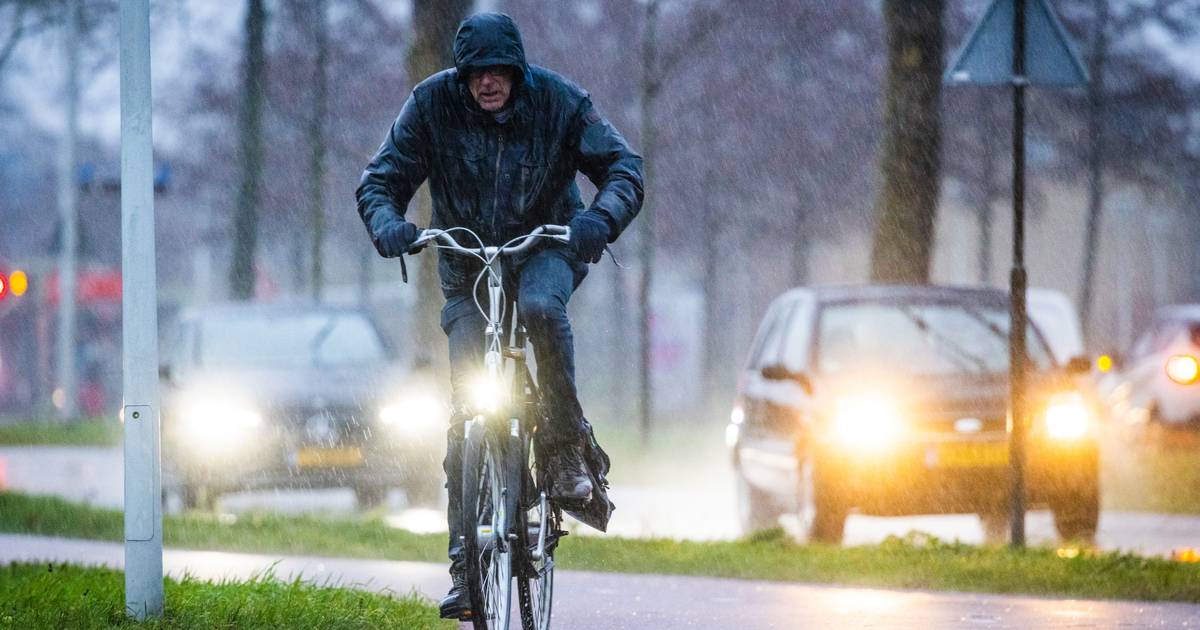 Coming night the temperature drops to around freezing point and especially inland it can become slippery until mid-morning. Code yellow applies from 4 a.m. to 9 a.m. for Gelderland, Utrecht, Flevoland, Overijssel, Brabant, Drenthe, Friesland and Groningen.

A single shower is possible in the north of the country, with (wet) snow and hail. “It is not entirely inconceivable that in the higher parts of the country (Veluwe, Sallandse ridge, Limburg hills) it turns a bit white on lawns, meadows and on cars. The roads are too warm for snow and it won’t stay there”, reports meteorologist Rico Schröder of Weerplaza. “Be careful if you go out tonight or tomorrow morning, because pavements and residential areas are not sprinkled.”

No one will have missed the fact that it is a soaking wet month. Precipitation has been falling daily for more than four weeks and sometimes it came out in buckets at the same time. An average of 72 millimeters of rain falls over the entire month of January. This month has already doubled in many places and the regional precipitation counter is already at more than 130 mm. The wettest places can be found in South Holland, Utrecht, Flevoland, Gelderland and Drenthe.

Skating enthusiasts can leave their skates in the closet for the time being. All in all, we will be dealing with a mild winter weather this week, but there is certainly no question of a serious winter period with moderate frost and ice days.