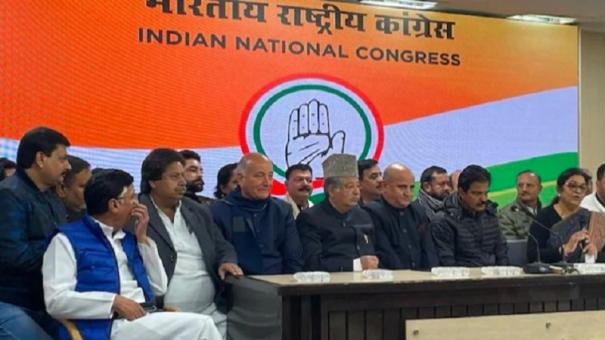 Srinagar: Many prominent figures who joined Ghulam Nabi Azad’s party have returned to the Congress to give new impetus to the Jammu and Kashmir State Congress. As Rahul’s India Unity Yatra kicks off in Kashmir, the incident has brought joy to the local Congress and the Delhi headquarters.

Ghulam Nabi Azad, who announced his resignation from the Congress party, had devoted the majority of his long letter to criticism of Rahul. He started a new party and named it Democratic Azad Party. It was said that this new party of Ghulam Nabi Azad, which has already come under criticism as the BJP’s B team, will strengthen the BJP in Kashmir in the upcoming assembly elections.

It was in this situation that many of his loyalists left Ghulam Nabi Azad’s party and rejoined the parent party, Congress, giving him a shock.

Will Azad reunite? – Congress has invited Ghulam Nabi Azad to participate in Rahul Gandhi’s India Unity Yatra which is going to Jammu and Kashmir soon. Ghulam Nabi Azad has been invited by Ambika Soni, one of the senior Congress leaders and close to the Gandhi family.

Ambika Soni has requested Ghulam Nabi Azad to first participate in the India Unity Yatra and then speak directly to Rahul Gandhi. After this, a decision can be taken about rejoining the Congress, he said. However, Ghulam Nabi Azad has said that the Democratic Freedom Party, which he has started, has grown and there is no chance of rejoining the Congress. Also, he is yet to comment on his participation in the India Unity Yatra. In this case, many of Azad’s loyalists have joined the Congress.

Yatra to end in Kashmir on January 26: Last September 7, Rahul Gandhi started the India Unity Yatra in Kanyakumari district of Tamil Nadu. The Yatra has crossed the states of Tamil Nadu, Karnataka, Kerala, Andhra Pradesh, Telangana, Madhya Pradesh, Maharashtra, Rajasthan and Haryana and entered Delhi on its 108th day. Entering Haryana on January 5, the Yatra travels through Punjab and ends at Srinagar in Jammu and Kashmir on the 26th.

Magaly mocks detractors who criticize their ampays: “But they don’t stop watching the program”