Korean clubs rely on their professionals to win the “gold” 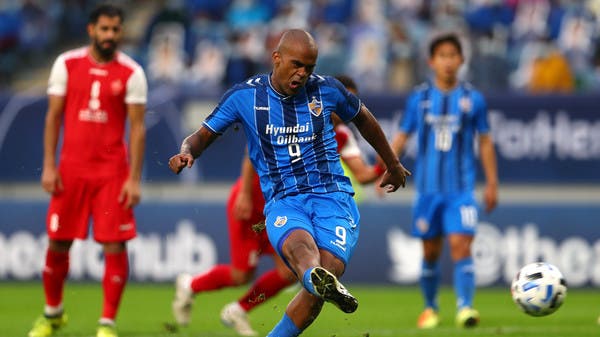 South Korean clubs depend on the contributions of their professionals in most of the continental finals they have played since the introduction of the system and the new name of the AFC Champions League, now in 2003.

Al Hilal will face Pohang Steelers in the 2021 AFC Champions League final at King Fahd International Stadium in Riyadh, after the first surpassed his compatriot Al-Nassr, while the second defeated his compatriot Ulsan.

The South Korean clubs that participated in the AFC Champions League final matches in previous versions relied on the contributions of their Brazilian stars. In 9 previous finals, one of its sides was a South Korean, 6 Brazilian players scored for their teams, whether the team won the championship or not.

And the first final for a South Korean party in the competition in its new version dates back to 2004, when Seongnam won three goals against its host, Al Ittihad Jeddah, in the first match, and one of the Russian scorers was Denis Laktionov, before his team lost home by five clean goals.

The 2006 final witnessed the first goal with Brazilian feet when Jeonbuk won a double, one of which was scored by Brazilian Butti, to return the team home and score for him Zay Carlos in a 2-1 loss against the Syrian Karama, but the South Korean team crowned the championship for not receiving a goal at home.

In 2009, Pohang Steelers won the championship against Al Ittihad Jeddah with a double, which was local champions, and the following year, Australian Sasha Ogninovsky scored a goal out of 3 scored by Seongnam against Zob Ahn.

And in 3 consecutive finals, the South Koreans were crowned with only one. Jeonbuk lost the first against the Qatari Al-Sadd when the original time ended with two goals for the same, and the Brazilian Ennio had a share of it. In the next version, Ulsan defeated his opponent, Al-Ahly Jeddah, with three clean goals, all of which came through South Koreans, while Seoul lost the 2013 final. From China’s Guangzhou Evergrande and witnessed the registration of Argentine Escudero and Damjanovic from Montenegro, who returned and scored again to no avail.

Escudero celebrates with Damjanovic behind him

The Brazilian Leonardo shook the UAE club Al Ain in the first leg against Jeonbuk, which ended with two goals to one, before the return ended with a goal for the same, and the green team crowned the championship.

After a 4-year absence from the finals, Ulsan Hyundai returned when he defeated Iran’s Persepolis 2-0 in the 2020 final, which was scored by Brazilian Junior Negrao.

The list of Pohang Steelers in the current edition of the AFC Champions League does not include any Brazilian player, as the team is represented in the category of foreigners by the Manchester-born Australian defender Alex Grant, the Bosnian playmaker Mario Kvecic, the Colombian winger Manuel Palacios and the Ukrainian striker Boris Tashi, whose absence is a painful blow After scoring 3 goals in 6 matches in the tournament.