Kosovo withdraws controversial measures against Serbs after unrest at border 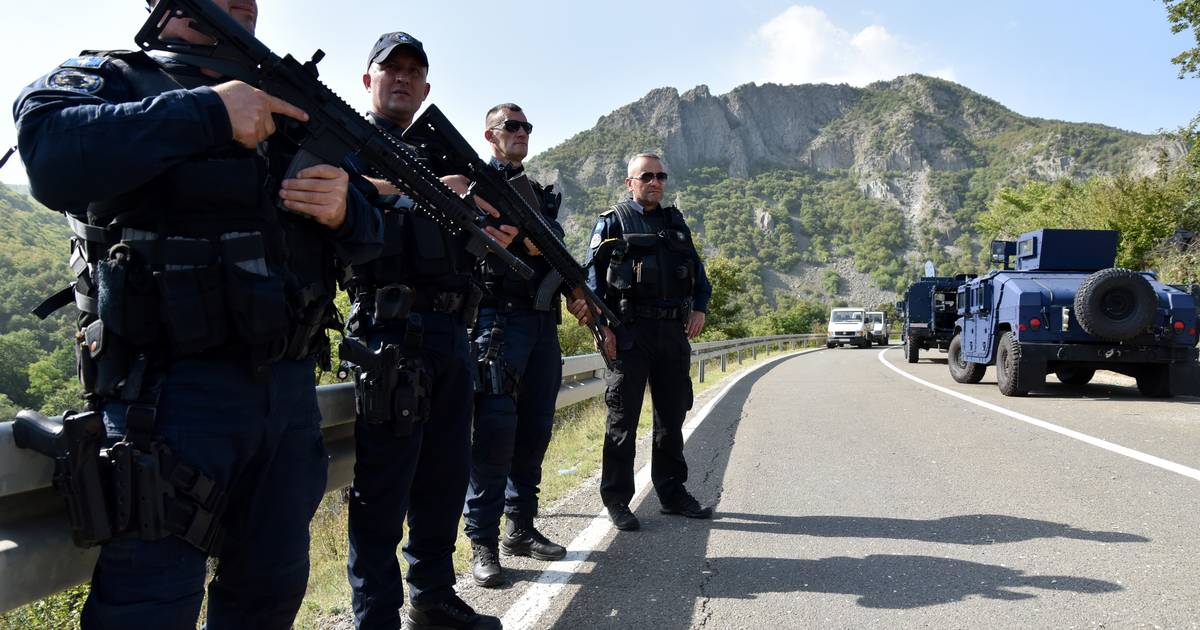 UPDATEKosovo has postponed the implementation of two measures targeting Serbs in the north of the country until September 1. For example, the government of Prime Minister Albin Kurti hopes to ease tensions between the police and the Serbian community, which on Sunday set up roadblocks at two border crossings in protest against the measures. They were then closed by the Kosovar police. Shots were also fired at the police, but no injuries were reported.

The border crossings at Jarinje and Bernjak were closed on Sunday. The crossings were blocked with gravel-filled trucks and heavy machinery. Angry protesters also attacked Albanian passers-by, police said. An air raid siren sounded for three hours in the town of North Mitrovica.

Last year, Prime Minister Albin Kurti wanted to put an end to this, but he refused to do so due to protests. Demonstrations were held at the same border crossings. Kosovo then deployed special police forces and Serbia flew warplanes along the border.

Now Kurti tried again and had given Serbs in the northern region 60 days to swap license plates. All Serbian citizens visiting Kosovo would also have to request an extra document from Monday at the border to be able to enter the country. Serbia asks the same from Kosovars.

On Sunday it was restless all day in northern Kosovo, where mainly Serbs live. According to the Kosovar government, the purpose of the blockades and the shooting is “to destabilize Kosovo and threaten the peace and security of our citizens and our country. Several aggressive acts took place this afternoon and evening, encouraged and planned by the authorities in Belgrade,” Kurti said in an English-language statement.

Serbian President Aleksandar Vucic had stated in a speech earlier in the evening that the situation in Kosovo had “never been so difficult” for Serbia and the Serbs living in Kosovo. ,,The atmosphere has been brought to a boil,” said Vucic. He added that “Serbia would win” if the Serbs were attacked.

Amid those mounting tensions, Kosovo’s Prime Minister, President Vjosa Osmani and a number of Deputy Prime Ministers held extensive consultations with US and European representatives in the country on Sunday. The outcome of this was that Kurti announced on Sunday night that he wanted to postpone the measures about the number plates and travel documents for a month. As a condition, the Kosovar government leader does state that all barricades at the border crossings have been removed on Monday. “The government of Kosovo promises to postpone the implementation of two decisions (….) until September 1, 2022, if all barricades are removed by Monday, August 1, and freedom of movement is fully restored on all roads in the north of the country.” Kosovo.”

Josep Borrell, the EU’s foreign policy chief, welcomed the postponement but added that he hoped the roadblocks “will be lifted soon”.

The NATO-led UN peacekeeping force Kosovo Force (KFOR) calls the situation in northern Kosovo tense and says it is “ready to intervene if stability is threatened”, in line with “our UN mandate”. Currently, 28 states contribute to the peacekeeping force established by the UN in 1999, with a combined strength of approximately 4,000 military and civilian personnel.

In Moscow, a spokeswoman for the Russian Foreign Ministry blamed the heightened tensions on what she called “unfounded discriminatory rules” imposed by the Kosovar authorities. Kosovo has been recognized as an independent state by more than a hundred countries, but not by Serbia or Russia.