Kroos wishes to finish his career at Real Madrid 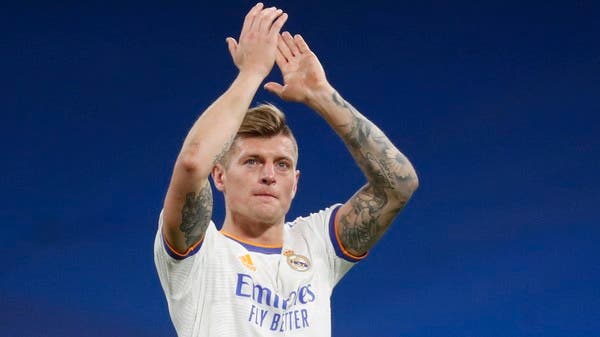 German footballer, Toni Kroos, expressed on Monday his desire to end his football career with his Spanish club Real Madrid, where he has been playing since 2014.

“I have stated previously and clearly that this is where I want to end my career,” Cross, 32, told Sky Sports News.

Kroos, who has won the Champions League three times with Real Madrid, added: “On what date exactly? I can’t say yet. Maybe 2023, maybe after a year or two, I don’t know.”

The 2014 world champion with Germany set three criteria to determine the end of his career: “To be at a high level, to be in good physical shape, to feel the desire and motivation to keep playing. If all that is there, we can talk, otherwise I still have a contract ( with Real Madrid) until 2023.

Kroos confirmed that he has an “incredible relationship with the club that I don’t want to risk with a game of poker” in order to move to another club.

Kroos is still unchallenged in the Royal Club squad, despite reaching the age of thirty-two, after he missed the start of the season until the end of September due to injury.