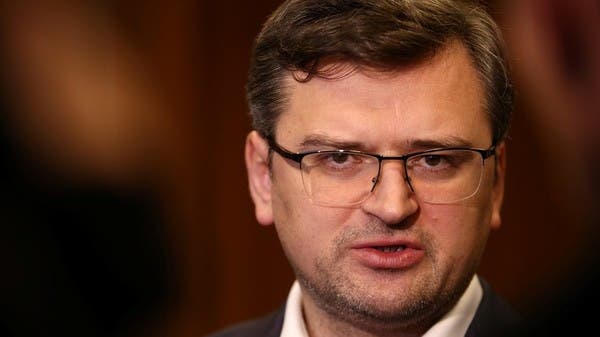 The Ukrainian minister also said, through his account on “Twitter”, that he discussed with Blinken ways to lift restrictions on Ukrainian food exports and ensure global food security.

He also indicated that he had coordinated with the American minister the necessary steps to expedite what he described as Ukraine’s “victory” day, on which Russia launched a military operation in late February.

On the Day of Remembrance and Reconciliation, Victory in Europe Day, @SecBlinken and I coordinated steps to bring the day of Ukraine’s victory closer. New stiff US sanctions on Russia are coming. Discussed ways to unblock Ukraine’s food exports and ensure global food security.

In a statement, the State Department said Blinken stressed the United States’ enduring commitment to Ukraine and its “ultimate victory over Russia’s offensive.”

These developments come in response to what Moscow considers a “special” military operation launched on the territory of the western neighbor on February 24, with the aim of “disarming Ukraine and ridding it of what it describes as Nazis and hostile nationalism.”

And that operation led to the killing of thousands and the displacement of nearly 10 million people, according to what Kyiv and some United Nations figures confirmed.

It also caught Moscow in the grip of harsh Western sanctions, and raised fears of a broader confrontation with the West, resembling a world war.

It is noteworthy that Victory Day, which falls on the ninth of May, is for Russia one of the most important national events in the country, especially as it embodies the memory of the enormous sacrifices made by the Soviet Union in order to defeat Nazi Germany.