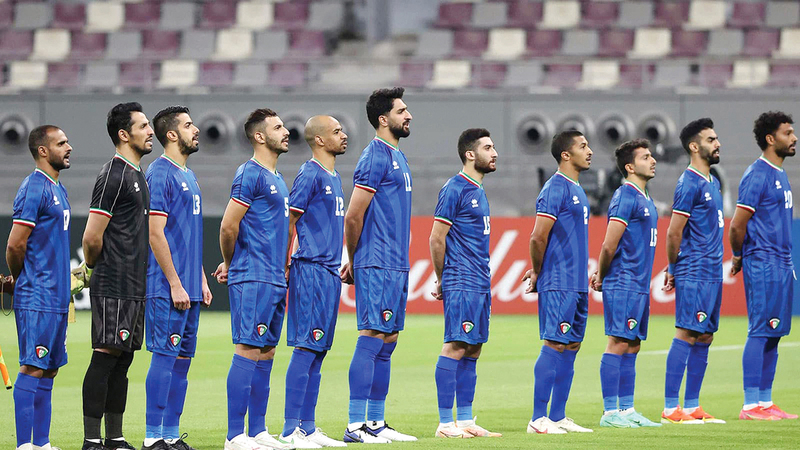 The Kuwaiti national team, which holds the record for winning the Gulf Cup, is seeking to overcome its football setback during the past years and start a new page, betting on coronation.

Al-Azraq hopes to overcome the failures of the past, and consider its favorite Gulf championship the real beginning after years of confusion, problems and suspensions.

The Kuwaiti Federation was suspended in 2015 due to government intervention before the penalty was lifted in 2017, but since then the team has not performed the expected performance and left the competitions for the last two Gulf Cup tournaments from the group stage.

The disappointment did not stop at that, as the team failed to reach the 2019 Asian Cup, and was eliminated from the qualifying qualifiers for the next edition, which will be held in Qatar at the end of this year or early next year. Since 2013, 10 coaches have trained the Kuwaiti national team, and the fans hope for a new beginning with the coach. Portuguese Roy Pinto.