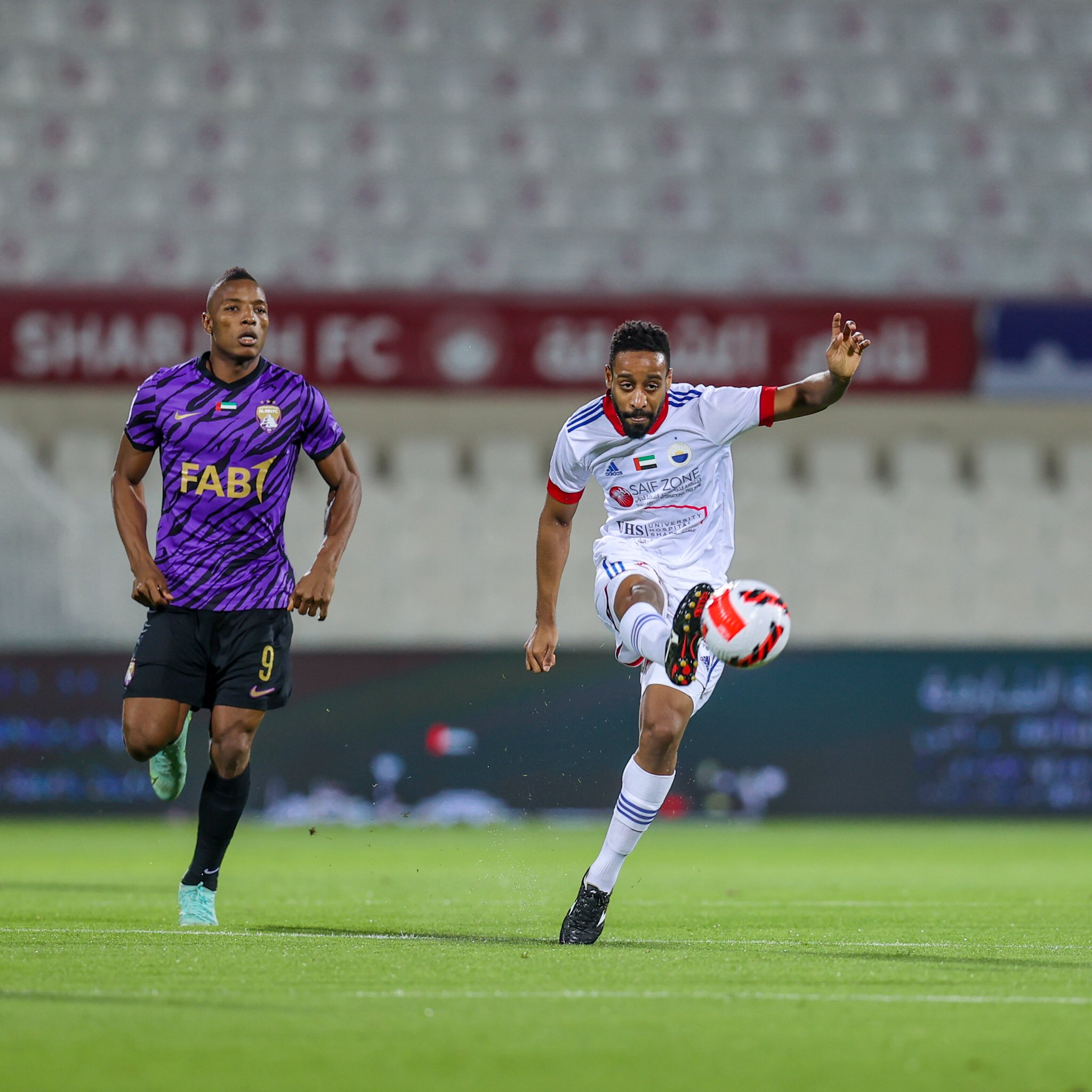 Sharjah Romanian coach Olario Cosmin managed to lead his team, Sharjah, to achieve a valuable victory over his former team, Al-Ain, the leaders of the ADNOC League, and inflicting its first defeat on it in the league, during the confrontation that brought the two teams together today at the Sharjah Club Stadium at the end of the first round of the round, and ended with Sharjah winning 2- zero.

Through his good reading of his opponent before and during the match, Cosmin revealed the secrets, secrets and weaknesses of the Al-Ainawi team, and exploited them for the benefit of his team, which came in second place with 23 points, and Al-Ain’s balance froze at 30 points in the lead.

It was clear that Kuzmin had tactical superiority over Al-Ain coach Rebrov, and 3 main reasons led Al-Sharq to achieve the important victory, through good control, especially in the midfield, and control of the keys to play through the Uzbek duo Shukurov and Majid Rashid, who performed special tasks in this match, and all this translated From the Brazilians Caio Lucas and Luan Pereira, scoring in the Al-Ainawi goal, in addition to Sharjah exploiting the fatal defensive mistakes that Al-Ain’s defense made, and caused the net to receive two quick goals at the beginning of the match, as the Al-Ain defense collapsed in just 18 minutes. Sharjah scored two winning goals through Caio Lucas and Luan Pereira, 11 and 18.

Cosmin’s successful interventions at the right time, his good use of his team’s players and his success in managing the match represented the superiority of Sharjah, along with the success of the “King” defense, and behind him was goalkeeper Adel Al Hosani in reducing the keys to playing and the source of danger in the ranks of Al Ain, especially the dangerous Togolese striker Laba Kodjo, who leads the list The league’s top scorer so far with 13 goals, who seemed absent in this match.