Kuzmin: They say Sharjah is a “small team,” so why be afraid?! 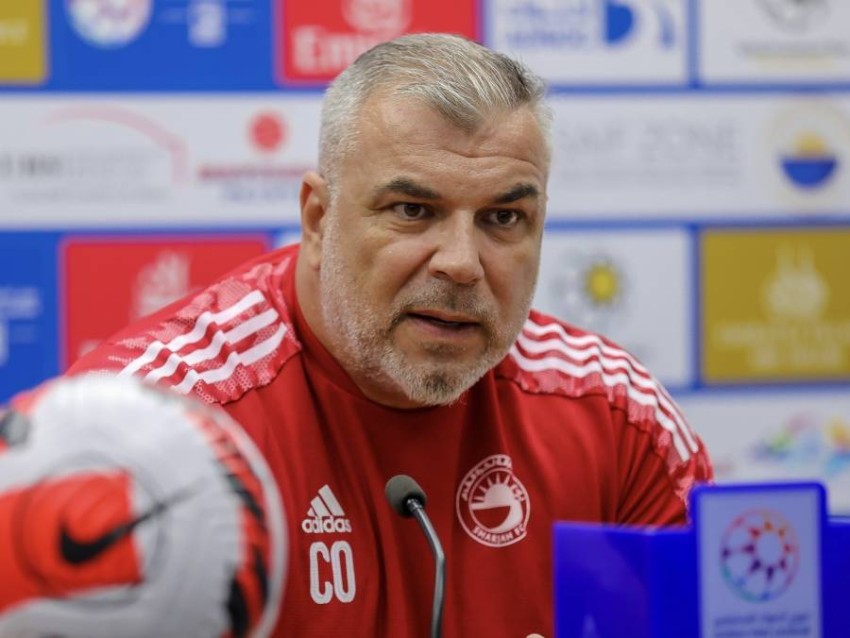 Sharjah coach, Romanian Olario, responded to the statements of Al-Ahly youth coach, Jardim, and his fellow Bani Yas coach, Romanian Isila, and said in a press conference: “Do not be afraid of my team, because it is a small team, so why be afraid?”

Jardim had said after the two-goal loss to Sharjah that “Sharjah is adopting the style of a small team,” while Isaila said that he “extremely respects Sharjah,” so Baniyas lost by three.

“There is no reason to be afraid of Sharjah, and do not be afraid of my team, it is a small team, so why be afraid? That’s how I heard someone say that we are a small team,” Cozmin laughed at the press conference before the meeting with Ajman on Thursday.
Regarding the Ajman match, Cosmin said: “Ajman is a difficult team for any competitor, and I watched it in front of Al Ain in the first round. I expect a difficult match, and we must focus, especially as we play the match during the afternoon, and it is our first match at this time.”

Kuzmin stressed that the presence of two international players, Alcacer and Pjanic, helps the team in terms of personality on the field, noting that this does not change the psychological pressures because they are present.
The Sharjah coach revealed that the Brazilian professional team player, Caio Lucas, missed the team’s previous match against Baniyas due to injury.