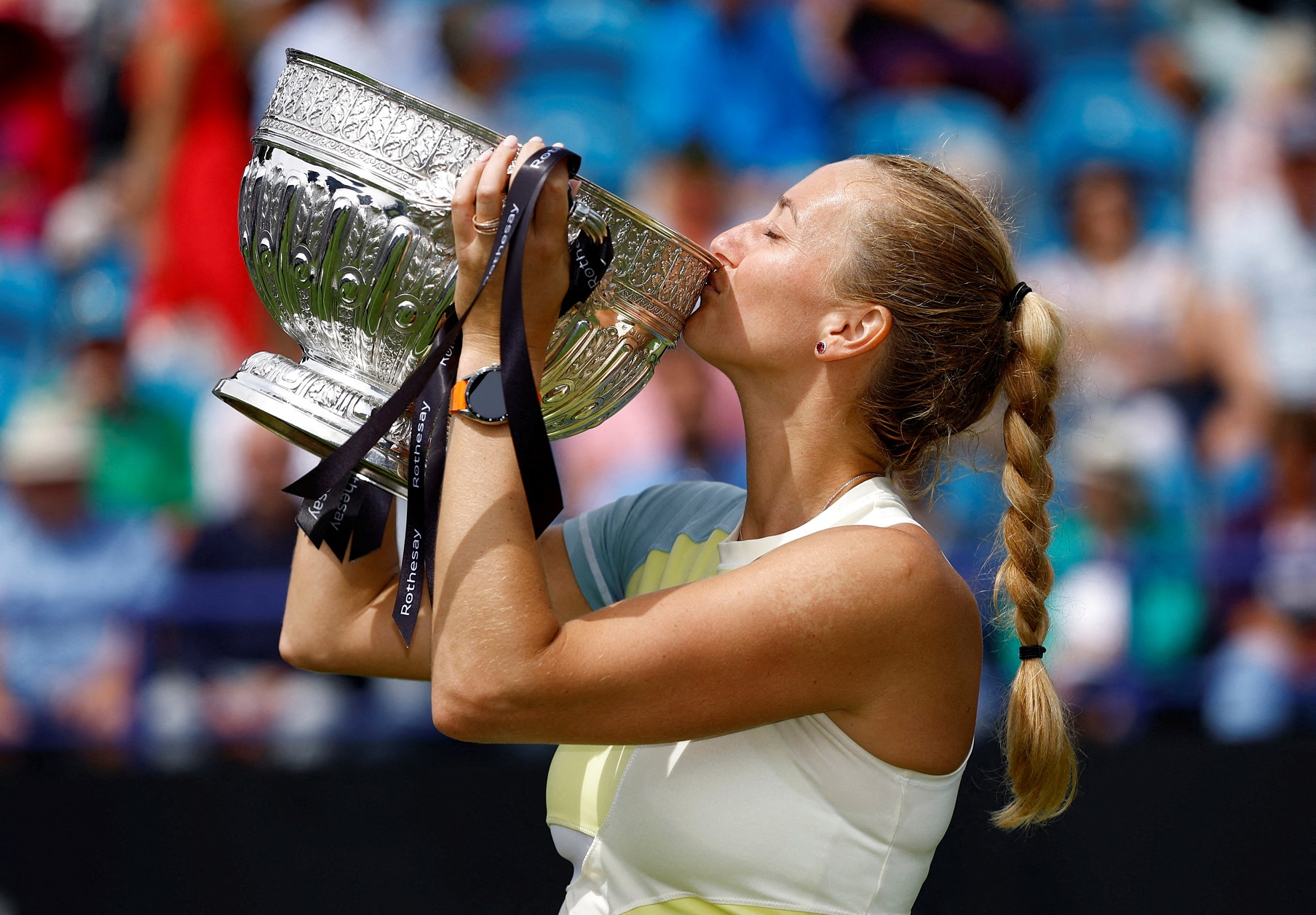 This is the 29th title in the Czech player’s career and her first in more than a year to prepare in the best possible way for Wimbledon, which has won her title twice before, and begins on Monday.

The 32-year-old delivered a perfect serve on serve, firing 18 winners to outsmart the Latvian, last year’s title winner whose nine-game winning streak was interrupted in a row at Eastbourne.

Former world number two Kvitova only stumbled once in the 77-minute encounter, saving five break points in a 12-minute break when she led 2-1 in the second set.

Kvitova, ranked 25th at Wimbledon, plays Italian Jasmine Paolini in the first round at the All England Club, while 12th seed Ostapenko plays France’s Ossian Dudin.