Kyiv awaits Russian operations in the Donbass regions, and Moscow warns of new “fabrications” in Kharkov 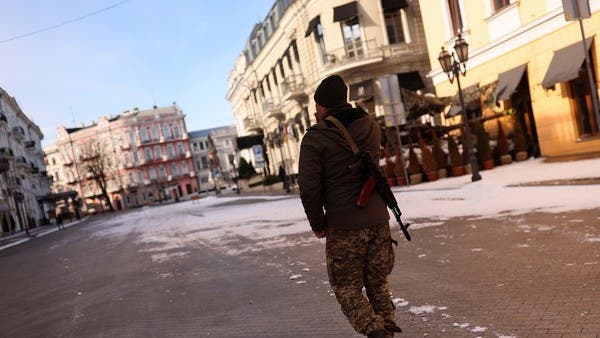 Today, Wednesday, the Russian military operation in Ukraine has entered its 77th day, as the Russian army continues to destroy Ukrainian military sites and liberate the cities and towns of Donbass from Kyiv forces.

The Ukrainian armed forces accused Russia of targeting the port of Odessa and its areas with missiles and artillery, while the Ukrainian General Staff revealed indications that Russia is ready to launch offensive operations in the Donbass and surrounding areas, with the aim of prolonging the war.

Russia also intensified its artillery and air strikes on the Azovstal plant in the devastated city of Mariupol.

Simultaneously, the Russian Defense Center announced that Kyiv forces fired at 6 civilian vehicles flying white flags in the Kharkov province of eastern Ukraine, and filmed this crime to accuse the Russian forces.

“According to the available reliable information, the Kyiv regime committed a new bloody act in the Kharkov region according to the Bucha scenario. On part of the road between the Stary Saltov and Novi Saltov regions, Ukrainian forces fired at six civilian vehicles flying white flags,” said Mikhail Mezintsev, head of the Russian National Defense Control Center. “.

He added, “Specialists from the Ukrainian Psychological Information and Operations Center took pictures and recorded a video of this crime,” noting that it was planned to distribute these and other materials fabricated by the Kyiv regime about “Russian atrocities” through Western and Ukrainian media, and the Internet.

On the other hand, Western countries are watching what they consider Russian violations in Ukraine and pledge to hold the perpetrators accountable. According to the head of the UN mission, there is documentation of unjustified killings in areas that were under the control of Russian forces.

Yesterday, the Russian Ministry of Defense announced the downing of 30 “Bayraktar” Ukrainian drones during a new failed operation by the forces of the Kyiv regime to restore the strategic island of Zmyni, off Odessa, and that “the death toll of Nazi bodies has reached 30.”

The mayor of Kyiv announced the return of about two-thirds of the population who were forced to leave the capital because of the Russian military operations and the bombing of their areas.

The mayor of Kiev had stated on March 10, two weeks after the start of the Russian military operation in Ukraine, that half of Kyiv’s population had fled from it, leaving only “slightly less than two million people”.

As of May 3, more than eight million people were displaced inside Ukraine in more than two months, the International Organization for Migration announced on Tuesday.