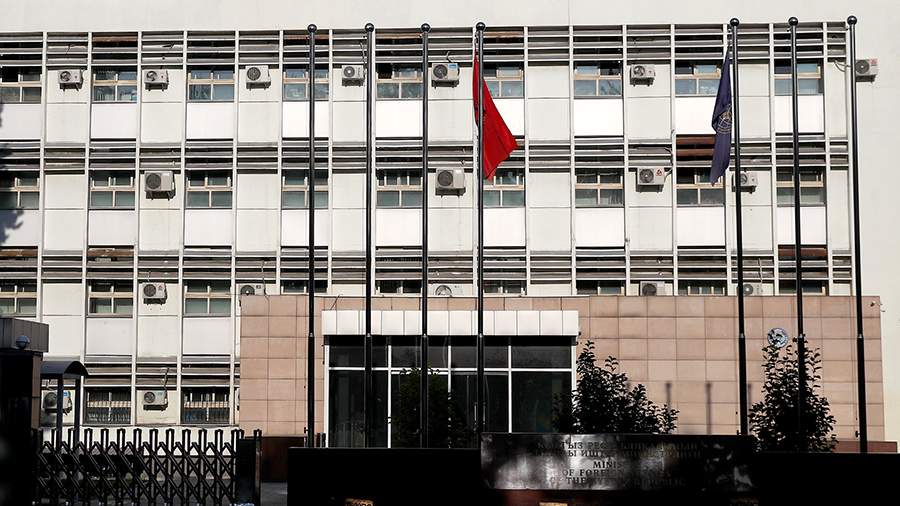 The Ministry of Foreign Affairs of Kyrgyzstan on January 9 called on the Kazakh authorities to release the Kyrgyz musician Vikram Ruzakhunov, who was detained on suspicion of participation in the pogroms.

“Deputy Minister of Foreign Affairs of the Kyrgyz Republic Azizbek Madmarov handed the Ambassador of the Republic of Kazakhstan Rapil Zhoshybayev a note on the detention of citizen Ruzakhunov with a call to provide consular access to the detainee and to release him as soon as possible,” the message says.

According to the press service of the ministry, the ambassador of Kazakhstan said that the concern of the Kyrgyz side would be “promptly brought to the attention of the leadership” of the Kazakh Foreign Ministry and promised to provide “more detailed information as soon as possible.”

He stressed that in the current “difficult situation, the competent authorities of Kazakhstan will conduct a thorough investigation to clarify all the circumstances and reasons for what happened.”

In addition, the parties held consultations on this issue at the level of deputy foreign ministers.

In the morning of the same day, Kazakh state television channels broadcast an interview with a man who said that he was a citizen of Kyrgyzstan and flew to Kazakhstan to participate in the rally. According to him, unknown people bought him a ticket, settled him in a rented apartment in Almaty and promised $ 200 for participating in the protests.

The founder of the High-Tech Park of Kyrgyzstan, Azis Abakirov, identified the detained as the well-known jazz musician Vikram Ruzakhunov, who often flew to the neighboring country for concerts.

Later, the chairman of the State Committee for National Security (GKNB) of Kyrgyzstan, Kamchybek Tashiev, said that the Kyrgyz authorities had sent a note to Kazakhstan in connection with the detention of a Kyrgyz citizen by Kazakhstani security forces on suspicion of involvement in terrorism. Erbol Sultanbaev, press secretary of the President of Kyrgyzstan, also expressed concern about attempts to portray the Kyrgyz musician detained in Kazakhstan as a destructive element.

Also on Sunday, about 150 people rallied in front of the Kazakh embassy in Bishkek demanding the immediate release of Ruzakhunov.

Kyrgyz President Sadyr Japarov allowed the participation of citizens of the country in the riots in Kazakhstan.

On January 9, the CSTO collective peacekeeping forces completed their deployment in Kazakhstan and began to perform their tasks. In particular, peacekeepers guard military, state and socially significant facilities in Almaty and neighboring regions.