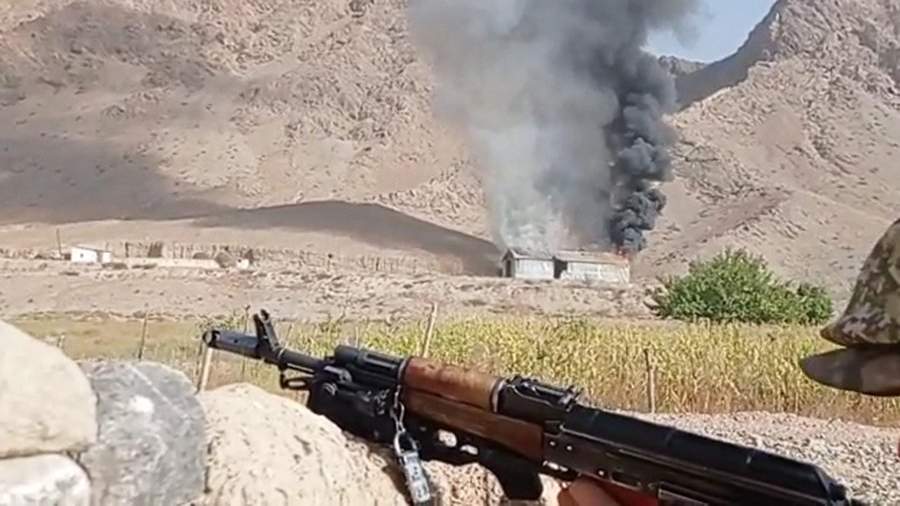 The Tajik military from three mortar crews fired at the Kyrgyz village of Dostuk. This was reported on September 17 at the press center of the border service of the State Committee for National Security (PS GKNB) of Kyrgyzstan.

“As of 11.15 am (8.15 Moscow time) on September 17, the village of Dostuk in the Batken region was subjected to mortar fire from the Tajik side. The Tajik side opened fire on the village from three mortar crews, ”a representative of the press center told RIA Novosti.

The press service added that the units of the border service of the State Committee for National Security of Kyrgyzstan, stationed in the Batken region, repel the attack of the enemy.

The Ministry of Emergency Situations of Kyrgyzstan also reported that an emergency regime was introduced in the Batken region, which borders on Tajikistan.

In turn, the Border Troops of the State Committee for National Security (GKNB) of Tajikistan reported that Kyrgyzstan was strengthening its combat positions on the border, which could lead to another destabilization of the situation.

“On the border, there is a transfer of forces and additional military equipment of the Armed Forces of Kyrgyzstan and the strengthening of combat positions, which indicates preparations for the next provocative actions of the Kyrgyz military in order to destabilize the situation,” the Tajik State Committee for National Security said in a statement.

On Saturday morning, the situation at the border was characterized as gradually normalizing, but later the border service of Kyrgyzstan accused the Tajik military of shelling the border village of Pasky-Aryk.

Earlier on Friday, information appeared that more than 18 thousand citizens of Kyrgyzstan were evacuated from the conflict zone with Tajikistan on the border of the two countries.

The situation on the border of Kyrgyzstan and Tajikistan escalated on the night of September 16. Armed clashes broke out along the entire perimeter of the Kyrgyz-Tajik border. Later, Bishkek and Dushanbe agreed on a ceasefire from 7:00 Moscow time. Despite this, the parties reported continued shelling.

Later it became known about the creation of a joint Kyrgyz-Tajik commission to monitor compliance with the ceasefire on the border. The commission will be headed by the head of the Sughd region of Tajikistan, Rajabboy Ahmadzoda, and the chairman of the Batken region of Kyrgyzstan, Abdikarim Alimbaev.