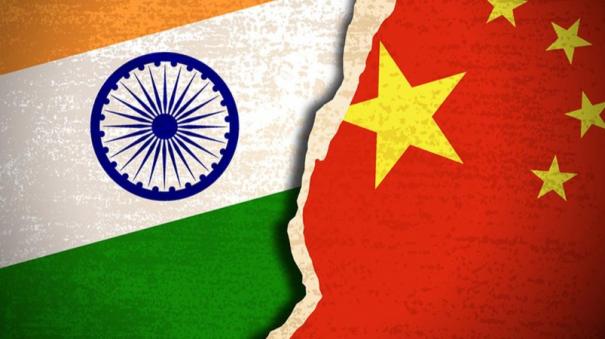 New Delhi: It has been announced that India and China have started the process of withdrawing forces from the Khogra-Hotsprings area of ​​Ladakh.

After a clash between Indian and Chinese soldiers along the border bordering the Union Territory of Ladakh, both the countries started to accumulate forces there since May 2020. Unofficial information has surfaced that more than 50,000 soldiers have been deployed on both sides. Due to this, there was an increase in tension and it was seen that the situation could deteriorate anytime. However, amid the tension, talks are ongoing at the level of Indian-Chinese military officials.

An agreement was reached in the 16th round of talks held at the Corps Commander level, according to which the withdrawal of forces from Kogra-Hotsprings (Patrolling Point-15) area of ​​Ladakh has started from today, according to a joint statement issued by both sides. It has been mentioned that the forces have begun to withdraw in a planned manner and this has led to peace in the border region.

After the complete withdrawal of forces, measures will be taken to prevent re-occurrence of clashes there and new patrol regulations will be developed and enforced, the joint statement said.

Following this development, India will push for talks to withdraw forces from Temsok and Depsang areas in the Galwan Valley as well, military officials said. It has also been reported that pressure will be put on to enable a complete withdrawal of forces from all parts of Ladakh.

The Shanghai Cooperation Organization summit is scheduled to take place in Uzbekistan next week. Indian Prime Minister Narendra Modi and Chinese President Xi Jinping will attend. With the two leaders set to meet, the withdrawal of troops from a part of the Ladakh border is seen as a positive development in bilateral relations.