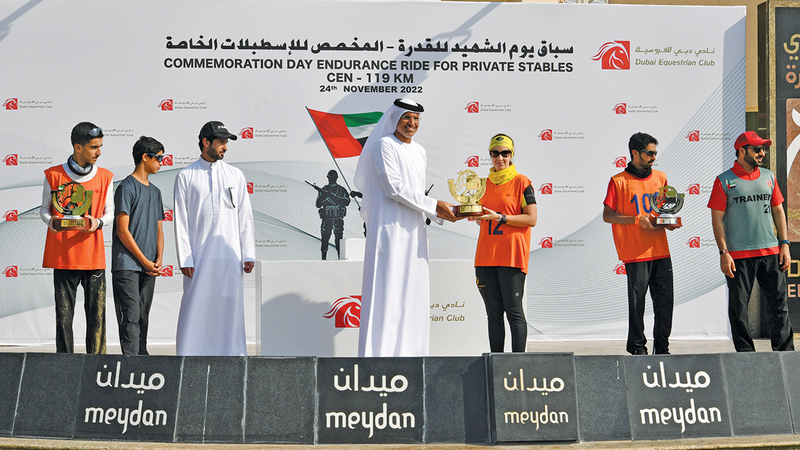 Yesterday, jockey Laila Al-Marzouqi won the Martyr’s Cup for endurance for private stables for a distance of 119 km, in Dubai International City for Endurance in Seih Al-Salam, with the participation of 79 male and female riders from various stables and equestrian clubs in the country.

Al-Marzouqi achieved the title despite finishing sixth in the first stage, then fell to 14th in the second, before climbing to tenth place in the third, and seizing the lead in the fourth stage on horseback “Tunky”, owned by Al-Kamda stables.

The rider, Rashid Al Muhairi, came in second place, riding the horse “Sandine Wicked”, owned by Al Kamda Stables, after he came fourth in the first, second and third stages, then advanced to the runner-up in the fourth stage.