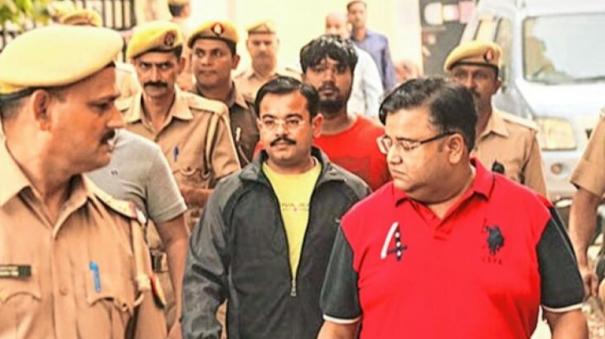 New Delhi: The Supreme Court has ordered interim bail for 8 weeks to Union Minister Ajay Mishra’s son Ashish Mishra, who is accused in the 2021 Lakhimpur Gari violence case. He has also been banned from staying in Uttar Pradesh.

Ashish Mishra had filed a case in the Supreme Court challenging the Allahabad High Court’s decision to deny him bail. The case was heard by a bench comprising Justices Suryakant and JK Maheshwari. During the hearing last week, the Uttar Pradesh government opposed the grant of bail, saying in the Supreme Court that granting bail to Ashish Mishra would send a wrong message to the society. Senior lawyer Mukul Rohatki, who appeared on behalf of Mishra, objected to it and said, “His client has been in jail for more than a year. Going by the way this case is going, the case may take another seven or eight years. Therefore, he should grant bail to his client." argued that. The court adjourned the verdict after arguments on both sides were over.