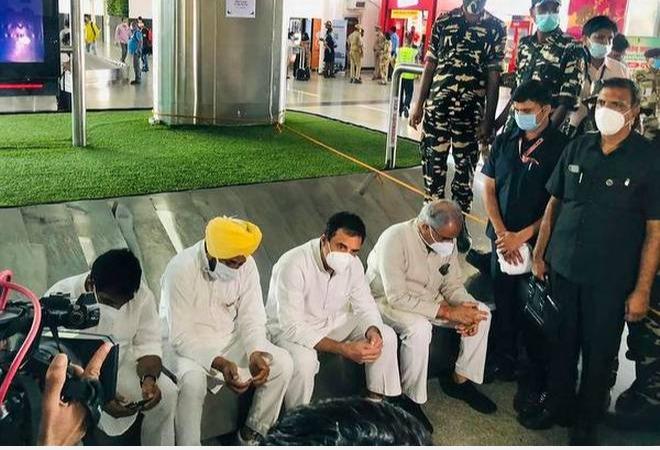 Eight people, including four farmers and a journalist, were killed in a riot by farmers in Lakhimpur Keri in Uttar Pradesh last Sunday. This includes farmers, per journalist family Rs 50 lakh compensation The governments of Chhattisgarh and Punjab have announced that they will provide.

Union Minister Ajay Kumar Misra, U.P. Farmers carried a black flag last Sunday against Deputy Chief Minister Keshab Prasad Maurya. Many people were injured when the minister’s vehicle entered the farmers’ meeting. Following that, the police used batons to control the riots between the farmers and the BJP supporters.

The riots killed four farmers and eight people, including a journalist. Many, including Congress general secretary Priyanka Gandhi and senior Congress executive Deepender Hooda, were detained by police in Sitapur on their way to Lucknow to meet and offer condolences to the families of farmers killed in the violence.

But when the police refused to let them in, Rahul Gandhi sat at the airport and engaged in a darna fight.

Following this, Rahul Gandhi went to Lakhimpur Kerry, Chhattisgarh UP Chief Minister and Deputy Chief Minister of Punjab The government gave permission. Priyanka Gandhi was also released from custody on the orders of Maurya by Sitapur Deputy Collector Pyarelal.

Rahul Gandhi and Priyanka Gandhi met and offered condolences to the families of Lovepreet Singh, a deceased farmer from Palia, and Raman Kashyap, a journalist who was killed in the riots. 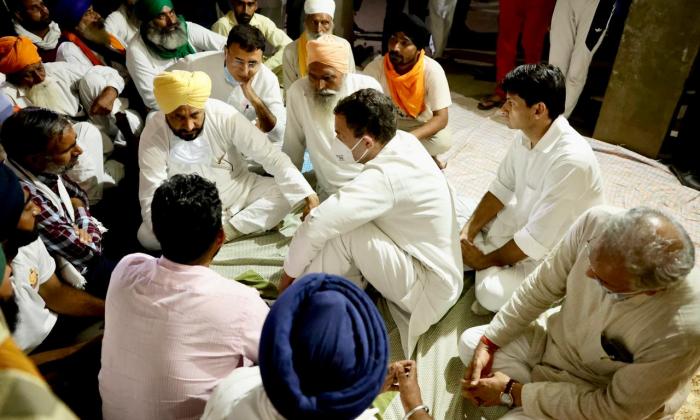 Then Chief Minister of Punjab In an interview, Saranjit Singh Sunny said, “The Lakhimpur Kerry violence is reminiscent of the 1919 Jallianwala Bagh massacre. Democracy in UP The government is making fun of it. To the families of the farmers who lost their lives in this riot and to the family of the journalist Rs 50 lakh compensation Will be provided. ”

Chhattisgarh Chief Minister Bhubaneswar Bagal said, “Farmers who lost their lives in the riots, Rs. Chhattisgarh It will be provided on behalf of the government, ”he said.

Previous articleI’m yours .. you’s mine: Samantha’s message going viral .. heart broken ..?
Next articleTheft in a wine shop .. It is the theft of many brands