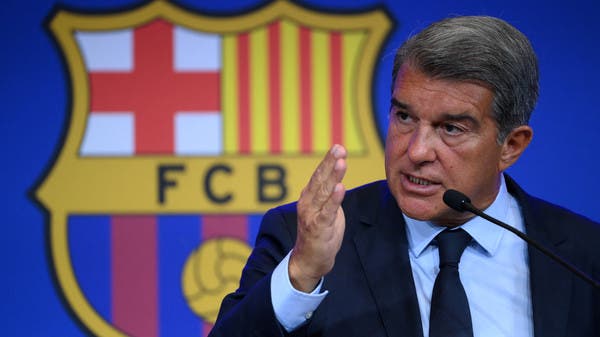 Barcelona president Joan Laporta called on the club’s fans to be patient after the heavy defeat at home to Bayern Munich 3-0 in the Champions League, adding that he expected a difficult start to the season.

Laporta said in a video on his Twitter account: “I am equally frustrated and upset as you, and I would like to say that what is happening was one of the situations we expected, and I ask you to be patient and to continue to encourage our club.”

Laporta was elected president of the Catalan club for the second time in March by a huge majority after Josep Maria Bartomeu resigned last year to avoid a vote of no confidence.

But Laporta faced a difficult start to his term, as Barcelona finished last season in third place in the Spanish First Division, and the historic scorer Lionel Messi left for Paris Saint-Germain on a free transfer, although the Barcelona president repeatedly pledged to keep the Argentine star.

Yesterday’s defeat by Bayern was a new blow to Barcelona, ​​although coach Ronald Koeman and defender Gerard Pique were not surprised by the defeat.

Laporta has repeatedly referred to Barcelona’s financial crisis, revealing last month that the club’s debts amount to 1.35 billion euros. But he vowed that the club will rise again soon.

“I ask you to trust us, the people who run the club, we need your trust and patience and not doubt that we will get through this situation.”

Previous articleBarcelona’s problems continue .. Alba and Pedri injured in the Bayern match
Next articlePamela Franco reveals that Christian Domínguez was interested in her more than 8 years ago