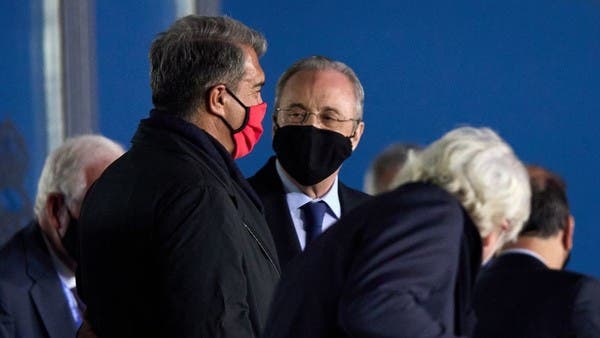 Barcelona president Juan Laporta confirmed that the European Super League is still in place, despite the withdrawal of several clubs from the tournament, which has caused widespread controversy during the past days.

Laporta broke his silence and made media statements, on Thursday, on the topic of the Super League, and told TV3: It is absolutely necessary for the big clubs to express their opinion regarding economic distribution. We support the local championships, and we will talk to UEFA. “.

He added: We have a cautious stance, the club members will have the final say at the end. The big clubs contribute a lot and we must participate in the economic distribution.

Regarding the European Super League, the president of the Catalan club said: It should be an attractive competition, based on sporting merits. We are open to an open dialogue with UEFA. I think there will be an understanding, because we need more resources.

Regarding the withdrawal of 9 of the 12 founding clubs for the tournament, he said: There was pressure on some clubs, but the proposal still exists, investments are very important, salaries are very large, and everything must be taken into account.

And Florentino Perez, president of Real Madrid, also confirmed that the new competition has not been canceled, and that it is suspended indefinitely.