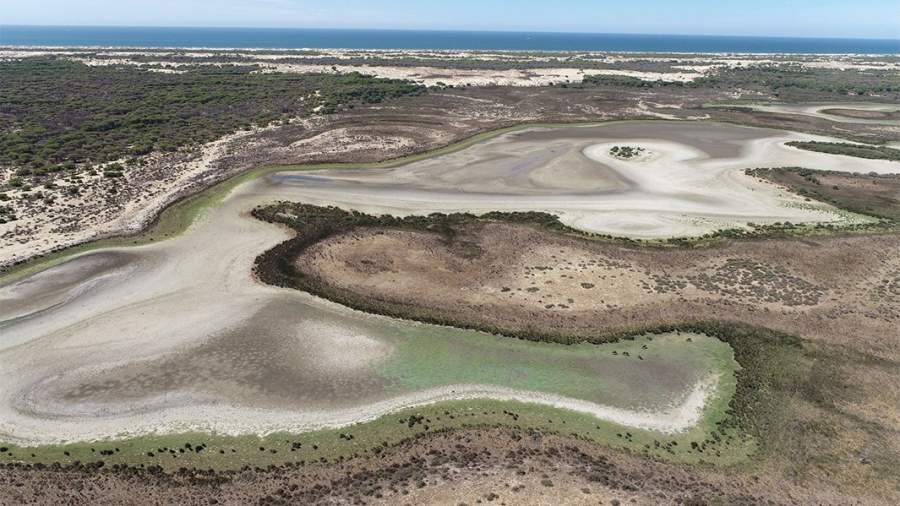 The last body of water in Spain’s Doñana National Park has dried up. On Saturday, September 3, the newspaper El Pais reports.

The most emblematic protected area in Spain, declared a World Heritage Site by UNESCO, no longer has natural fresh water.

The largest lagoon in the park, Santa Olalla, has completely dried up. As stated in the material, the rest of the reservoirs have also dried up, which causes damage to hundreds of species of fauna and vegetation, some of which may disappear.

On August 23, the European Commission (EC) said that the current drought in Europe could be the most serious in the last 500 years.

On August 9, it was reported that water supplies in Spain as of the end of July were 33% lower than 10 years ago. At the same time, the threat of a decrease in water reserves remains, since there is still no rain there.

Last July is recognized as one of the six hottest in Europe on record. Temperature records have been broken in several countries.

On July 18, the European Union announced the impending threat of drought in almost half of its territory. The European Commission fears that this will significantly reduce the harvest. The EC indicated that the threat of crop decline this summer is recorded in France, Romania, Spain, Portugal, Italy, Germany, Poland, Hungary, Slovenia and Croatia.