Lavrov: Any weapons on Ukrainian soil are a legitimate target for us 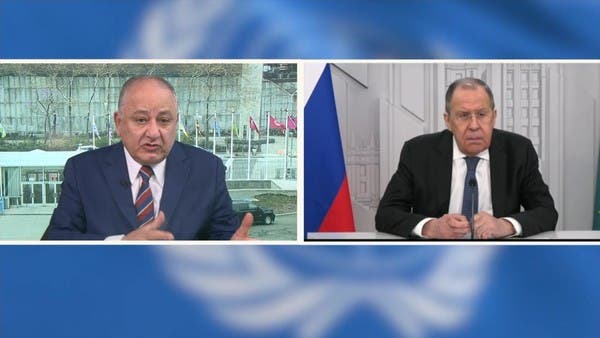 With the Russian military operation on Ukrainian soil entering its 66th day on Saturday, amid continued Western support for Kiev, Russian Foreign Minister Sergey Lavrov stressed that any arms shipments on Ukrainian soil are a legitimate target for his country’s forces.

In an interview with Al-Arabiya/Al-Hadath, he also stressed the need for the West, especially the United States and NATO countries, to stop providing Ukraine with weapons if they wanted to solve the crisis.

He explained that Moscow “knows who supplies the Ukrainian forces with weapons and targets the shipments when they arrive.”

‘NATO is at war with us’

As for the status of NATO, which has become a spearhead in the Western conflict against Russia, against the background of the Ukrainian file, he stressed that his country is not at war with NATO, considering that the leaders of NATO consider themselves at war with Russia.

He also saw that after the fall of the Soviet Union, NATO shifted from defense to attack.

In addition, the Russian minister, who was imposed by some Western countries sanctions against him and his family, clarified that what he was quoted as saying about the outbreak of a nuclear war was not accurate, stressing that such an option should not be presented at all.

It is noteworthy that since the launch of the Russian operation on the territory of the western neighbor, on February 24, the West, especially the NATO countries, sided with Kyiv, showering weapons and equipment on the Ukrainian forces, while imposing sanctions in the thousands on Russia.

This prompted Moscow to consider its concerns about the alliance’s movements and expansions in the European East as legitimate, stressing that NATO, with its unprecedented support for Kiev, proved the correctness of the Russian positions demanding security guarantees.