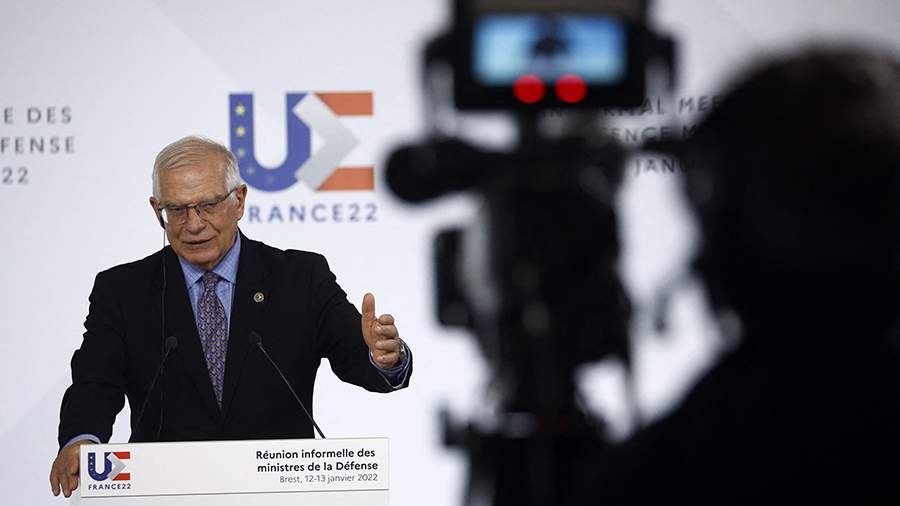 The reaction of the head of European diplomacy, Josep Borrell, to negotiations on security guarantees is emotional and not very polite, the EU has sent itself to the backyard of the topic of common security. This was announced on Thursday, January 13, by Russian Foreign Minister Sergei Lavrov.

Thus, he commented on Borrell’s statement, according to which Russia’s proposals on the non-expansion of NATO and the withdrawal of forces from the countries bordering on the Russian Federation are unacceptable. The President of the European Parliament noted that these requirements cannot be approved.

According to him, “no one will allow anything to the European Union,” despite the statements of EU officials. Lavrov added that all decisions will be made through the North Atlantic Alliance.

Negotiations on security guarantees take place in three phases. On January 10, a meeting of the delegations of Russia and the United States took place in Geneva, which lasted about 7.5 hours. On January 12, a meeting of the Russia-NATO Council ended in Brussels. The meeting took place at the headquarters of the North Atlantic Alliance. The meeting lasted longer than planned – more than four hours. Consultations are scheduled for January 13 at the Vienna platform of the Organization for Security and Cooperation in Europe.

On January 13, Russian Deputy Foreign Minister Sergei Ryabkov said that the US and NATO were not ready to meet Russian proposals. According to him, the alliance’s position on the issue of non-expansion is “impenetrable”, which is alarming.

The day before, after a meeting of the Russia-NATO Council, Russian Deputy Foreign Minister Alexander Grushko said that the alliance was determined to contain Russia. He noted that Russia and NATO do not have a unifying positive agenda at all. The diplomat pointed out that the conversation between the two sides turned out to be frank, direct and intense, and also revealed many discrepancies.

On December 17, the Russian Foreign Ministry published draft agreements between Russia and the United States and NATO on security guarantees. It follows from the documents that the alliance should refuse to conduct any military activity on the territory of Ukraine and other states of Eastern Europe, Transcaucasia and Central Asia. Also, Russia and NATO must commit themselves not to create conditions that could be regarded as a threat by the other side.