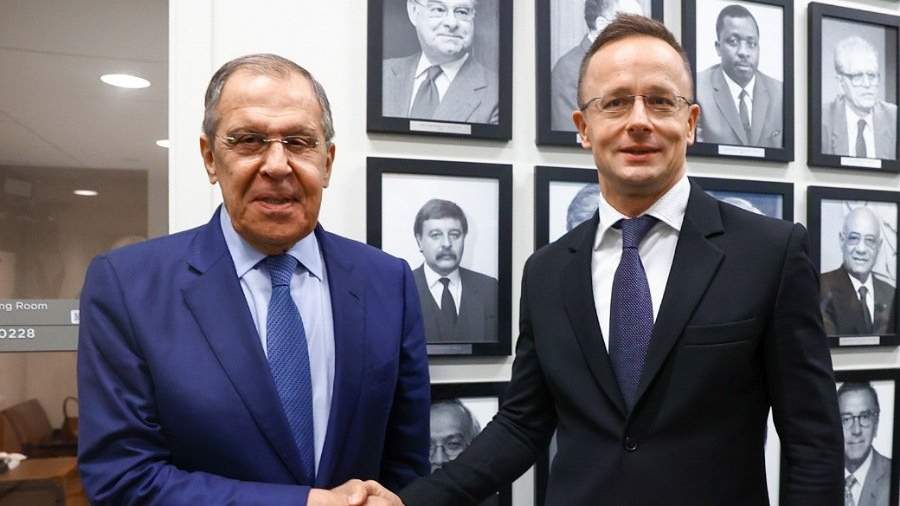 “The heads of the foreign ministries of the two countries discussed promising areas of trade and economic cooperation between Russia and Hungary, as well as practical tasks for the further development of cooperation in the field of energy, taking into account the unfavorable international situation,” the report says.

It is also noted that the ministers exchanged views on the activities of the UN and international problems.

Earlier, on September 23, UN Secretary General António Guterres and Sergey Lavrov confirmed the need for the full implementation of the product deal. The parties also considered a wide range of issues on Russia’s interaction with the UN and discussed specific initiatives to improve the efficiency of its work.

On September 21, Lavrov on Wednesday, September 21, met with the head of the International Atomic Energy Agency, Rafael Grossi. At the meeting, the parties exchanged views on the security of nuclear facilities on the territory of Ukraine, including the situation around the Zaporozhye nuclear power plant.

Sergei Lavrov arrived in New York to attend the UN General Assembly on September 20. According to the preliminary program, Sergey Lavrov, head of the Russian delegation, is scheduled to have about 20 meetings with leaders and foreign ministers of various states. In addition, the minister’s speech is due on 24 September.