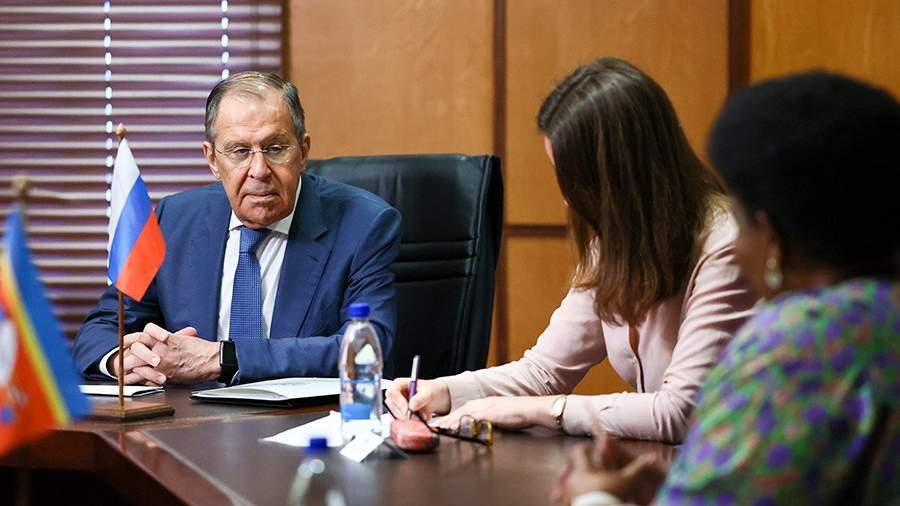 Foreign Minister Sergei Lavrov on Tuesday, January 24, said that wherever he went, colleagues from Western countries are trying to put pressure on the host states and force them to behave in favor of the United States.

“I am not surprised that wherever I go, our Western colleagues are trying to interfere somehow <…>. We greatly appreciate and respect the position of all our partners, who in such situations are guided not by orders from the former colonial empires and from those who want to dominate now, but by legitimate national interests,” the Russian minister emphasized at a press conference with Foreign Minister Eswatini Thuli Dladla .

Lavrov is there as part of a tour of African countries.

A day earlier, the head of the Russian Foreign Ministry said that the United States, threatening other countries because of cooperation with Russia, crosses all the “red lines”. He added that Washington does not shun anything, threatening, among other things, politicians whose accounts are in American banks, as well as those whose children study in American educational institutions.

The Minister of Foreign Affairs of the Russian Federation drew attention to the fact that the conflict that the West entered into with Russia is no longer a hybrid, but almost real.

On January 18, Lavrov compared Washington’s actions to create a coalition against Moscow with the actions of the French emperor Napoleon Bonaparte, who fought against the Russian Empire, and the leader of Nazi Germany, Adolf Hitler, who opposed the USSR. He also noted that the United States is uniting European countries against Russia in order to finally resolve the “Russian question”.