Lavrov: The West has become barbaric in its behavior 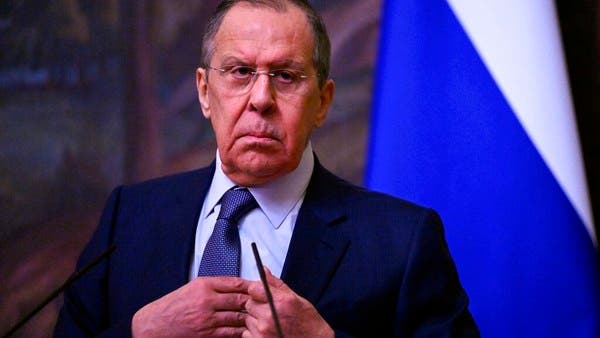 In light of the escalating tension between his country and the West, and following the closure of the skies in front of his plane, which was bound for Belgrade, Russian Foreign Minister Sergey Lavrov criticized a number of Western countries, considering that they are pressuring countries in Eastern Europe to antagonize his country.

In a press conference held today, Monday, via video link, Lavrov stressed that the West has become barbaric in its behavior.

He also stressed that the relationship with Belgrade will not be destroyed by anyone, adding that the closure of the airspace by the neighboring countries of Serbia in front of his plane is an unprecedented step.

On the US military support for Kiev, especially the issue of advanced missiles, he said, “President Vladimir Putin stressed that the war space may expand to match the size of the weapons sent.”

As for the issue of NATO expansion, Lavrov reiterated his country’s consistent positions, stressing the rejection of the accession of Sweden and Finland, and considering this step a threat to Russian national security.

Close the air in his face

These statements by the Russian minister came after he was forced earlier today to cancel his visit to Serbia after several neighboring countries prevented his plane from crossing their airspace.

Lavrov was scheduled to hold talks with Serbian President Aleksandar Vucic and his counterpart Nikola Silakovic in Belgrade, which is among the few countries allied to Moscow in Europe since the launch of the Russian military operation on Ukrainian soil on February 24, but Bulgaria, Macedonia and Montenegro refused. Apparently allowing his plane to cross its airspace.

Foreign Ministry spokeswoman Maria Zakharova confirmed that “the countries surrounding Serbia from the European Union and NATO have closed the communication channel by refusing to allow the passage of the Russian plane.”

It is noteworthy that despite Belgrade’s condemnation of the Russian military action in Ukraine, it did not join the ranks of European countries in imposing sanctions on Moscow, despite its efforts to join the European Union.