Lavrov: The West has launched an all-out war against us, the duration of which is unpredictable 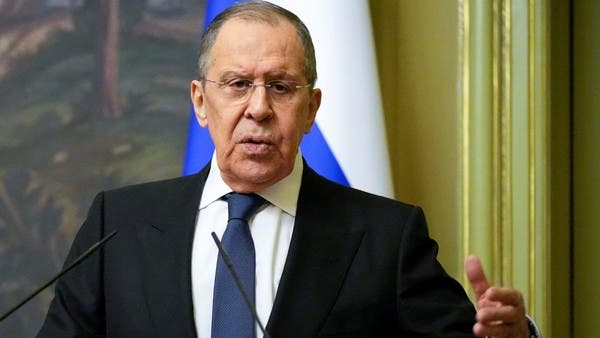 In light of the tension between Russia and the West as a result of the Russian military operation in Ukraine, Russian Foreign Minister Sergey Lavrov accused the West of waging a “comprehensive hybrid war” against his country, warning that its consequences would affect all countries without exception.

He said in a speech during a meeting of the Council on Foreign and Defense Policy: “The West launched a hybrid war against us, the duration of which is difficult to predict, but it seems that everyone without exception will feel its consequences.”

He also added that his country “did everything in its power to avoid direct confrontation,” but at the same time stressed that “if this challenge is imposed on Moscow, it will naturally accept it.”

In addition, he considered that the West is using “blatant theft methods” through its policy of sanctions.

However, he stressed at the same time that his country has become accustomed to sanctions, saying, “They were almost always imposed in one way or another.”

As for the campaign to expel Russian diplomats from a number of Western countries, he considered it coordinated and unparalleled, saying: “We have not seen anything like it even in the darkest years of the Cold War.”

Until the last Ukrainian

In addition, Lavrov referred to military aid to Kiev, saying that Western countries “are ready to confront Russia there until the last Ukrainian.”

He also considered that this tense situation seems comfortable for the United States, which is managing operations in Ukraine from behind the ocean, and “weakening Europe and abandoning its markets for American goods, technologies and military technical products,” according to him.

He stressed that Western countries “have completely lost their credibility as a partner capable of negotiating,” blaming Washington for attacking not only Russia, but every country capable of pursuing an independent policy.

It is noteworthy that since the launch of the Russian operation on the territory of its western neighbor on February 24, Moscow has repeatedly stressed that Western countries, especially the European Union and America, have turned into an aggressive player against it.

While those countries lined up with Kyiv and supported it with weapons, equipment and money, in exchange for imposing harsh sanctions on Moscow, affecting various sectors, as well as Russian politicians and wealthy people close to the Kremlin.