Lavrov: The West’s encouragement of Kyiv’s hostility will lead to dire consequences 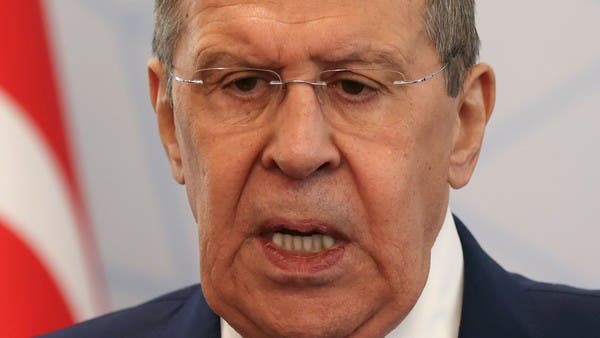 While fierce fighting continues in eastern Ukraine between Russian and Ukrainian forces, amid blockage of any political solution or return to the negotiating table, Russian Foreign Minister Sergey Lavrov stressed that encouraging the West to continue its hostility to Kiev will not lead to positive results, according to him.

He called on the Ukrainian authorities to abandon military rhetoric and focus on a political settlement.

He also expressed his hope that the Ukrainian government would stop looking for a way out of the current crisis, by asking the West to arm.

In addition, he added during a press conference today, Thursday, with his Armenian counterpart, Ararat Mirzoyan, that “Kyiv should stop delaying the Ukrainian grain export process.”

He also stressed that the Russian military announced the opening of safe corridors that any ship carrying grain can use without being threatened, or that are waiting in the ports of the Black Sea, provided that the Ukrainians remove mines from the coasts under their control.

He concluded, “I consider the attempts of Turkish colleagues to convince Kyiv of the need to stop prolonging this process as very positive, and I hope that the Ukrainians will realize that there is no alternative to resolving this issue on this exact basis.”

It is noteworthy that the Foreign Minister visited Turkey yesterday, which entered the “ports crisis” line, seeking to reach a solution between the two sides. Lavrov stressed at the time that his country was “ready, in cooperation with Ankara, to ensure the security of ships carrying grain sailing from Ukrainian ports.”

However, Moscow has announced more than once in the past that opening safe corridors in the Black Sea, which it controls, requires removing naval mines planted by Ukrainian forces.

It also repeatedly blamed Western sanctions for impeding the export of grain, while the Ukrainian government accused it of besieging its southern ports, since the launch of the Russian military operation on its territory on February 24.

Ukraine was exporting up to six million tons of grain per month before last February, but the quantities have since fallen to about one million tons after Kyiv, which used to export most of its goods through sea ports, was forced to transport grain by trains to its western borders or through ports. Small on the Danube.