Lavrov: Ukraine will not be allowed to return to negotiations 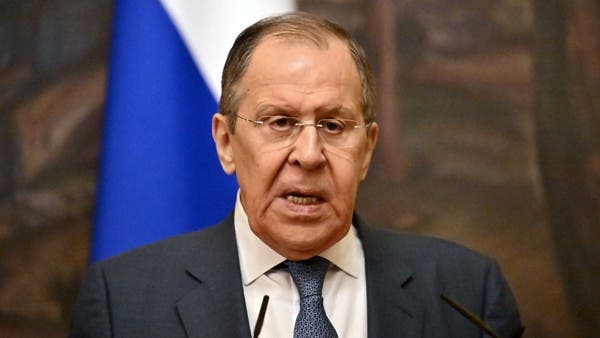 Russian Foreign Minister Sergei Lavrov stressed that Moscow does not see the possibility of allowing Ukraine to return to negotiations with Russia.

“We will gladly accept the invitation of the President of Belarus to meet on Belarusian soil. But I will not think about it,” Lavrov said, in an interview with the National Radio and Television Corporation of Belarus on Thursday.

However, he pointed out, “Now I don’t see a chance that the Ukrainian side will be allowed to bring this up, and we will not raise anything ourselves.”

He also clarified, “I do not see the possibility that they will be allowed to benefit from returning to the negotiating procedures.”

These statements come at a time when peace negotiations between Kyiv and Moscow have stalled since last April, while the two sides of the conflict blamed the other.

The last period did not witness any significant contact between them, but the last meeting between the Russian delegations headed by Vladimir Medinsky, and the Ukrainian delegation headed by David Arakhamia was held on 22 April.

It is noteworthy that since the launch of the Russian operation on the territory of the western neighbor, on February 24, several rounds of talks have been held, either directly or via the Internet, but they did not reach understandings leading to a permanent armistice and foundations for a solution between the two countries.