Lavrov: We have developed hypersonic weapons in anticipation of any attack 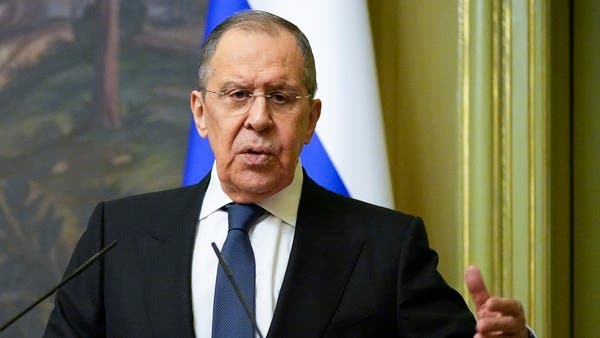 Russian Foreign Minister Sergey Lavrov said that the Western media misled public opinion about Russia’s goals in the war, stressing that Russia had never obstructed efforts to spare the world a nuclear war.

He added that his country had developed hypersonic weapons to counter a possible attack from the West.

He considered that the Ukrainian attacks on Donbass were aimed at terrorizing civilians.

The spokesman of the Ukrainian General Staff Oleksandr Stubun confirmed the intensification of the Russian army’s air strikes in northeastern Ukraine, in conjunction with the arrival of more military equipment from Russia.

“In the direction of Slobogansk, the enemy continues to launch air raids and artillery fire on Kharkiv. The occupiers are launching offensive operations on the Izyum-Prvenkovo ​​axis and also Izyum-Slaviansk,” said Oleksandr Stubun. He added, “The enemy’s reinforcement of its ability to launch strikes is continuing. Up to 300 shipments of weapons and military equipment have been transferred to specific areas, and about 1,000 people have arrived in the temporarily occupied Donetsk and Luhansk. With the aim of strengthening the air defense of the advancing forces on 4 areas, the enemy has deployed two anti-missile units. The aircraft are armed with Buk and Tor air defense systems.

In addition, the United Nations confirmed that there is an ongoing evacuation of people holed up from a steel factory in the Ukrainian city of Mariupol.

UN humanitarian spokesman Saviano Abreu told The Associated Press on Sunday that efforts to get people out of the sprawling Azovstal steel plant are being done in cooperation with the International Committee of the Red Cross and in coordination with Ukrainian and Russian officials. He described the situation as “extremely complex”.

The United Nations also confirmed that the evacuation process from Azovstal began on April 29, in cooperation with Russia, adding: “Work is underway to open a safe passage for civilians from the Azovstal factory.”