Lazio, West Ham and Leverkusen qualified for the Europa League 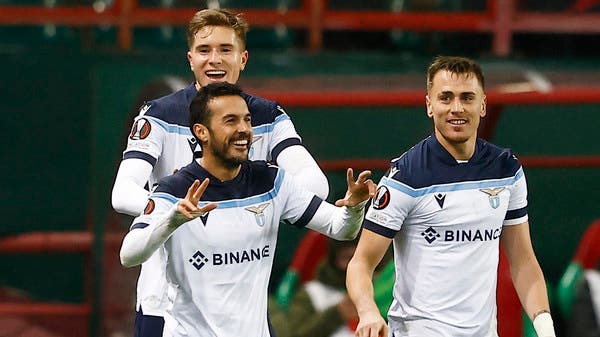 Some teams have qualified for the knockout stages of the European Football League early, without having to wait for the last round of the group stage for the continental competitions, after the positive results they achieved in the fifth round matches on Thursday.

In Group E, Turkey’s Galatasaray and Italy’s Lazio qualified for the next round, as the first beat Olympique Marseille 4-2 at home, while the second won 3-0 at Lokomotiv Moscow, Russia.

Galata’s tally rose to 11 points, to take the lead, 3 points ahead of its closest rivals, Lazio, while Marseille ranked third with 4 points, and Lokomotiv Moscow was bottom with two points. In Group F, things flared up completely in light of the three-way conflict between Serbian Red Star, Portuguese Sporting Braga, and Denmark’s Mitjelland, to reserve the two tickets for promotion from that group to the next round.

Red Star beat its guest Ludogorets Razgrad 1-0, while Mityland beat Braga 3-2. Red Star topped the group standings with 10 points, one point ahead of its closest rivals, Braga, and Mitjelland ranked third with eight points, and Ludogorets was at the bottom of the standings with one point.

In Group G, Bayer Leverkusen of Germany and Real Betis of Spain reached the next round. Leverkusen beat Celtic 3-2 at home, while Betis beat Hungarian Ferencvaros 2 – 0. Leverkusen took the lead with 13 points, 3 points ahead of Betis, who is in second place, while Celtic finished third with six points, and Ferencvaros remained in the last place without points.

In the eighth group, West Ham United qualified for the round of 16, after beating its host Rapid Vienna 2-0, while the struggle was limited to the second nomination paper for that group for the playoffs between the Croatian teams, Dinamo Zagreb and Belgian Genk, after their 1-1 draw in the Croatian capital. Zagreb.

West Ham secured the end of his campaign in the group while he was at the top, after raising his score to 13 points, while Dinamo Zagreb was in second place with 7 points, two points ahead of Genk, third, and Rapid Vienna was at the bottom of the standings with three points. It is noteworthy that the eight group leaders in the group stage will qualify directly for the round of 16, while the runners-up in those groups will meet the third-placed teams in the group stage of the European League, in a play-off to determine the other eight emerging teams.