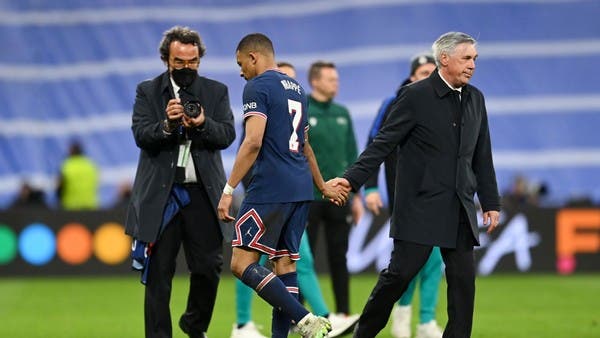 French press reports revealed, on Thursday, that Kylian Mbappe is close to renewing his contract with Paris Saint-Germain, in a surprising move, after the media expected him to join Real Madrid in the next summer transfers.

The young Frenchman’s contract expires next summer, and he can join any team for free, and it was reported earlier that he intends to leave for the Spanish capital, Madrid, and wear the white shirt.

Before the newspaper “Le Parisien” exploded the surprise and announced Kylian Mbappe’s approval of Paris Saint-Germain’s latest offer for renewal.

The newspaper confirmed that the negotiations between the two parties are going well and there is a preliminary agreement on the renewal of the contract for two years with the option to extend it for an additional year, and Mbappe will earn a net amount of 50 million euros annually, in addition to a signing bonus of 100 million euros.

And “Le Parisien” pointed out that Paris Saint-Germain did not deny the news, and the player’s environment did not deny that the negotiations had reached an advanced stage, and the newspaper added: With that, a full agreement has not been reached so far, and it is likely that the French striker will announce his future at the end. Next June, after the French national team matches.