Learn about the life of the woman who lifted Cristiano Ronaldo out of poverty: a clothes shop saleswoman who turned into a millionaire!.. Video 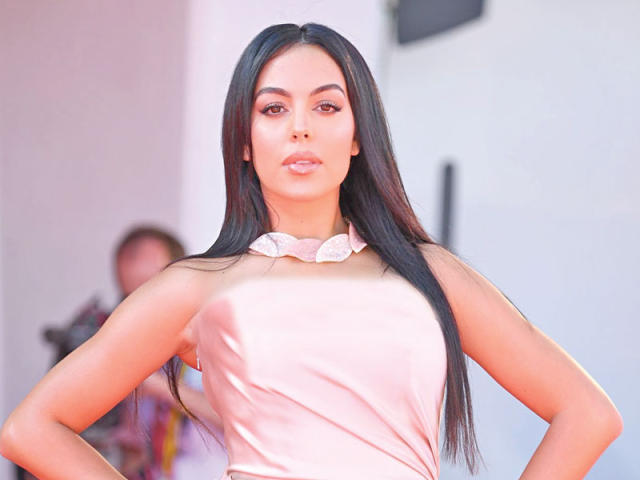 Spanish model Georgina Rodriguez, partner of Portuguese star Cristiano Ronaldo, tells the story of her life and suffering from difficult days, in a documentary series, which will be broadcast on the “Netflix” platform.

The British newspaper, The Sun, reported many details that Georgina revealed in the documentary, which will be broadcast on January 27, which certifies her twenty-eighth birthday, most notably how much suffering the friend of the Manchester United star, Cristiano Ronaldo, experienced before she got to know him.

Georgina met Don Ronaldo at the end of 2016, when she was working as a saleswoman in one of the “Gucci” stores in the Spanish capital, Madrid, and her salary was no more than 10 pounds per day, so that after meeting Ronaldo, she turned into an international model.

Georgina said in the documentary, parts of which were published by the newspaper, that she was living in a room whose monthly rent did not exceed 250 pounds, and it was not equipped at all. Ronaldo’s girlfriend was not able at that time to pay for an air conditioner, or to buy a water heater in her modest room, she said.

Georgina explains that the beginning of her trip to Madrid, the place where she met Ronaldo, was horrible, saying: “It was awful when I came to Madrid, I was looking for a cheap apartment, costing no more than 250 pounds a month. In the end I lived in a room that was like a storeroom.” I used to freeze in the winter and suffer a lot from the summer heat, but my life changed the day I met Ronaldo.”
Georgina also recounted that she was walking in one of the famous streets of the Spanish capital, but not for shopping, but for selling handbags. Georgina confirms that the situation has completely changed now, saying: “In the past I used to sell bags on Serrano Street. Now I buy them.”

Georgina also donates today to underprivileged children. She spoke about her participation in the Nuevo Futuro Foundation as a “charity for children educated by the Community of Madrid.” She read an emotional letter from a boy that made her cry, and said: “It is very important that I do not forget my roots.” I am very sympathetic to the mention of underprivileged children.”