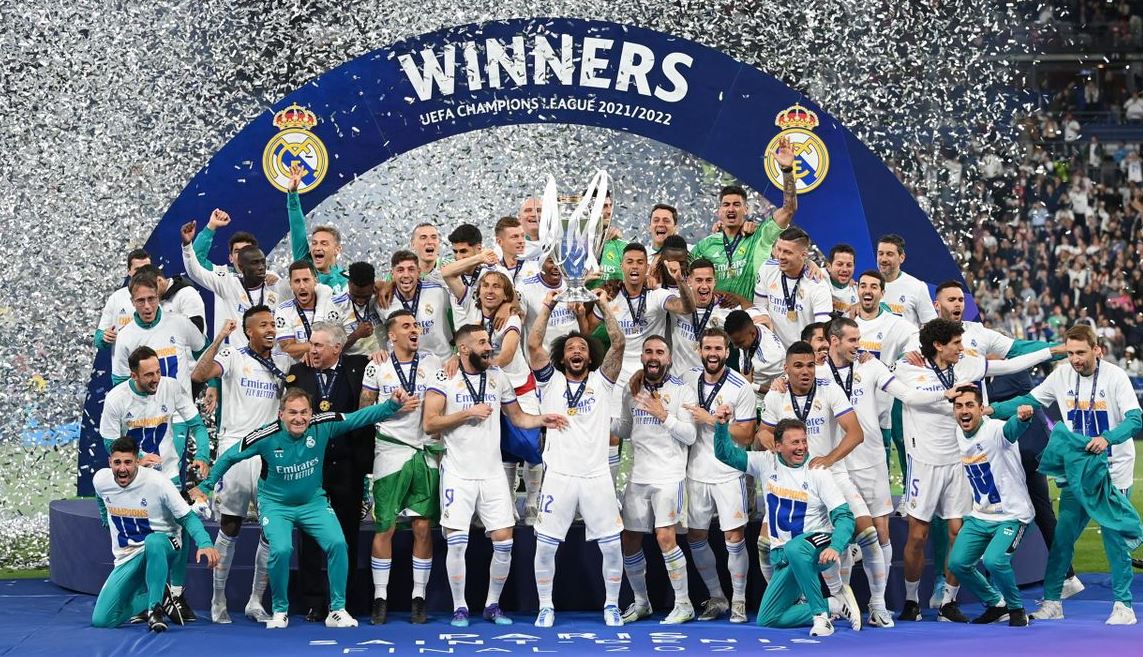 Real Madrid, the Spanish champion, and the rest of the European elite clubs will know the road map towards embracing continental glory, when the draw for the group stage of the Champions League for the 2022-2023 season is held in Istanbul tomorrow. The final match of the most important continental club championship will be held in Istanbul in particular on June 10 of next year at the Ataturk Olympic Stadium, which is the scene of the historic match between Liverpool and AC Milan.

Istanbul was supposed to host the final in 2020 and then 2021, but on both occasions, UEFA moved the match to Portugal due to restrictions related to the Corona pandemic. Real Madrid boosted its record in terms of the number of titles (14 times), double the number of times that crowned the next most successful club in the tournament, which is AC Milan.

Real started his continental season by defeating European champions Eintracht Frankfurt 2-0 to win the European Super Cup. Real Madrid will be in the first pot alongside the champions of the six top-ranked leagues that did not qualify by winning the 2021-2022 titles, which are Manchester City, Bayern Munich, AC Milan, Paris Saint-Germain, Porto, and Ajax, in addition to Eintracht Frankfurt, the European champion ( Europa League).
As for Liverpool, it will be in the second pot, which means the possibility of renewing the date with Real Madrid in a replay of the final, along with Tottenham and Chelsea, the English, Barcelona and Juventus, Italy.

Russian clubs will not participate due to the ban imposed on them due to the invasion of Ukraine, but the latter will be represented by one club, Shakhtar Donetsk, after his compatriot Dynamo Kyiv was eliminated from the preliminary rounds by falling to Benfica 0-5 in the two matches. Final seats will be decided on Wednesday evening as Bodo Glimt aims to become the first Norwegian team to participate in the group stage in 15 years.

With the World Cup in Qatar being held in the winter, the group stage program will be compressed, with the six stages taking place over two months, as the World Cup from November 20 to December 18 forced the European Union to hold all matches within nine weeks, starting from September 6. This period sees an international window as well, and it will be more demanding on the players than ever, but the financial rewards will make it worth it for the clubs.

The European Union sent a circular to its member associations in July detailing the financial prizes scheduled for this season, as the team that crowned the Italian League title would achieve 90 million euros ($89.5 million). Furthermore, there will be an additional share of TV rights for each country as well as amounts based on the team’s ranking based on performance over the past 10 years. That ranges from €1.137m for the lowest-ranked team that will be among this week’s play-off winners, to more than €36m for Madrid, who has the best-ranked in the continent. As a result, the rich will continue to get richer, and the number of potential Champions League winners may continue to shrink as a result.

On the other hand, the draw ceremony for the European League competition, in which clubs such as Manchester United, Arsenal and the Italian Roma will participate, will be held on Friday, with the “Conference League” drawing to be held immediately after.

It is expected that Real Madrid’s crowning of the European titles will be translated elsewhere on Thursday, with Belgian goalkeeper Thibaut Courtois and French top scorer Karim Benzema nominated, along with Manchester City playmaker, Belgian Kevin De Bruyne, for the award for the best player in Europe for last season, on the sidelines of the draw. Pumpkin. Italian Carlo Ancelotti (Real Madrid), Spanish Pep Guardiola (Manchester City) and German Jurgen Klopp (Liverpool) will compete for the best coach award.