Learn about the top 10 dribblers in the Saudi League 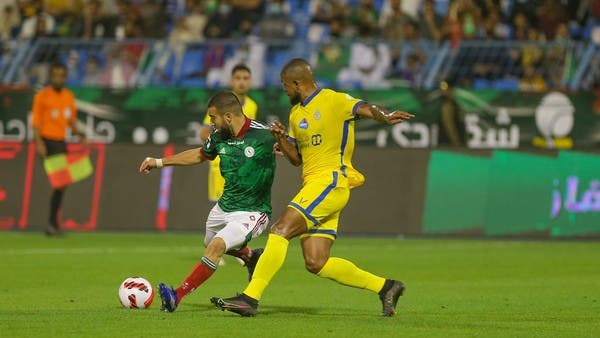 The list of the top 10 players in the Mohammed bin Salman Professional Cup League for the 2021-2022 sports season witnessed some surprises, in the absence of the most skilled foreigners at the top of the standings table, “Al-Hilal, Al-Ittihad, Al-Nasr and Al-Shabab”, and the presence of Tunisian Naim Saliti, the playmaker of Al-Ittifaq, at the top of the list of the best dodgers in the competition. , according to the statistics.

10/ Hussein Al-Issa
The talent of Al-Batin Club managed to break into the list after he made 39 successful dribbles from 88 attempts, with a success rate of 44% for the 22-year-old player.

9/ Salem Al-Dosari
The star of Al Hilal club ranked ninth, after he made 39 dribbles out of 71 attempts, with a success rate of 54% for the wing that won the league title for the third time in a row with the capital team.

8/ Mohamed Rayhi
The Dutchman of Moroccan origin is the second player from the Al-Batin team to be on the list, as he made 41 dribbles in his second season in the league, with a rate of 42% of the 96 attempts for the 28-year-old.

7 / Abdul Rahman Gharib
In seventh place, the Saudi international and Al-Ahly Jeddah player, who was relegated to the first division for the first time in his history, is known for his use of speed and skill, which enabled him to achieve 43 successful dribbles out of 104 attempts, with success reaching 41%.

6/ Muhammad Fawzir
The Moroccan playmaker and Al Raed player is distinguished by his use of both feet, which made him perform 44 successful dribbles from 88 attempts with a success rate of “50%”, with the team that finished seventh in the league standings.

5/ kwifa
The Peruvian player, who is 1.69 meters tall, managed to reach 47 successful dribbles during 24 matches with Al-Fateh last season in the league, from 101 attempts with a success rate of “46%”.

4/ Ola John
The Dutch-Liberian winger managed to achieve 49 dribbles in his first season with Al-Hazm, with 49 successful dribbles from 102 attempts, with a success rate of 48%.

2/ Abdulaziz Al-Bishi
The Saudi national team wing and Al Ittihad Jeddah player managed to occupy the second place as the most evasive players in the league, after reaching 53 dribbles out of 98 attempts, with a success rate of “54%”.

1/ Naim Sliti
The Tunisian star and Al-Ettifaq club player ranked first and topped the list of the best dodgers in the league, with a success rate of 56% from 113 attempts, after the number of his successful dribbles reached 64.