Leclerc on his withdrawal: I demand Ferrari for quick answers 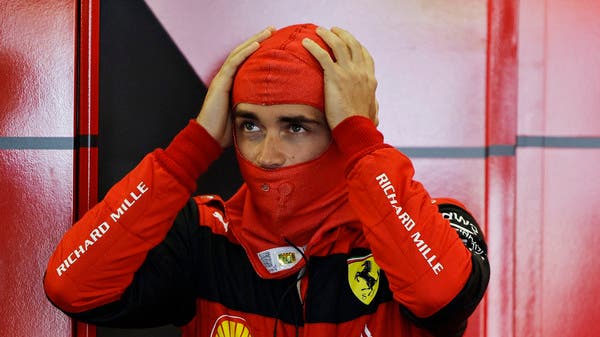 Charles Leclerc of Monaco demanded quick answers from Ferrari over the engine failure that ended his hopes of winning the Azerbaijan Grand Prix in the Formula One world championship on Sunday.

Leclerc, 24, failed to win the last four races in which he took pole position, as he was forced to retire in the Spanish Grand Prix and then lose the Monte Carlo race due to the team’s wrong strategy.

He told Sky: “It hurts, we have to look at this so that it doesn’t happen again, I can’t find the right words to describe this.”

He added, “It is very sad. I don’t know, we really need to look into this.

Mexican Sergio Perez, a Red Bull driver, beat Leclerc in the first corner of the Baku track, but Leclerc was able to return to the lead after the initial stops in the pits, but his race ended due to a power unit problem.

His Ferrari teammate, Carlos Sainz, was forced to withdraw from the race after 10 laps due to a hydraulic problem.

Leclerc, who won his first two races of the season, slipped to third in the drivers’ category, trailing Belgian leader Max Verstappen by 34 points.

Canada will host a Formula 1 race next week.