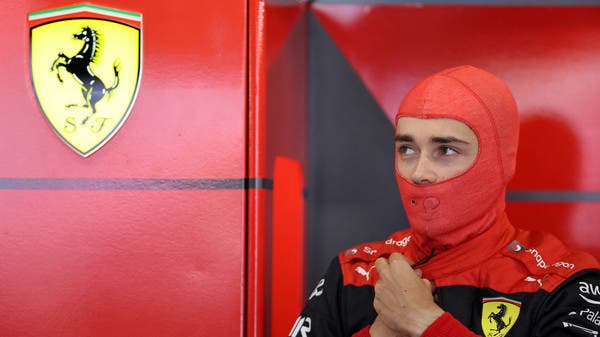 Ferrari’s Charles Leclerc faces a penalty for delaying the start, possibly at the Canadian Grand Prix on Sunday, after his team declared the car’s engine beyond repair after ending its hopes in the last Azerbaijan Grand Prix.

Ferrari said the power unit was badly damaged beyond repair and the problem may be related to a previous one at the Spanish Grand Prix.

A spokeswoman said the team was looking for solutions.

Leclerc slipped to third place in the Formula One world championship standings, 34 points behind world champion Max Verstappen for Red Bull, after eight rounds of 22 races this season.

For the fourth time in a row, Leclerc fails to capitalize on his pole position due to problems with Ferrari’s engine efficiency and team strategy.

It was the second time in three races that Leclerc retired while in the lead.

The Monaco driver told reporters ahead of practice for the Canadian Grand Prix that no decision had been made on when to impose the penalty for exceeding quotas for power unit components this season.

He added: “Obviously we are not in the best position in terms of changing the power unit. I think there are still discussions going on.”

We will try to delay the punishment as much as possible. At the moment, no decision has been made.

Leclerc said Canada is not a bad place to receive a penalty, given how easy it is to get past opponents in the track, but some of the other tracks coming up could be better.

He added: We will discuss it and try to reach the best decision.