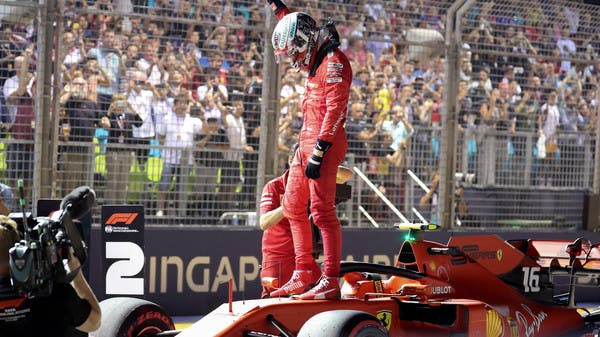 Charles Leclerc of Monaco was knocked out of the Azerbaijan Grand Prix in the eighth Formula One world championship on Sunday, evaporating all Ferrari racing hopes and diminishing his personal chances of competing for the championship as well.

Leclerc started the race from first place and regained the lead in pitstops after losing it initially to Mexican Sergio Perez, Red Bull’s driver, when he headed to the pits while smoke was rising from his engine at the end of lap 20.

This is Leclerc’s second withdrawal in three races, and it came after his Spanish teammate, Carlos Sainz, left due to a technical problem on the tenth lap.

With the Ferrari drivers withdrawing, Dutchman Max Verstappen became the Red Bull’s driver and leader in the general classification, at the top of the race that he started, nine points ahead of Leclerc in the drivers’ list, while Perez is second in the race.