IndiaLeft in Kerala, BJP in Pondicherry, BJP in Assam, Trinamool in Bengal:...
India 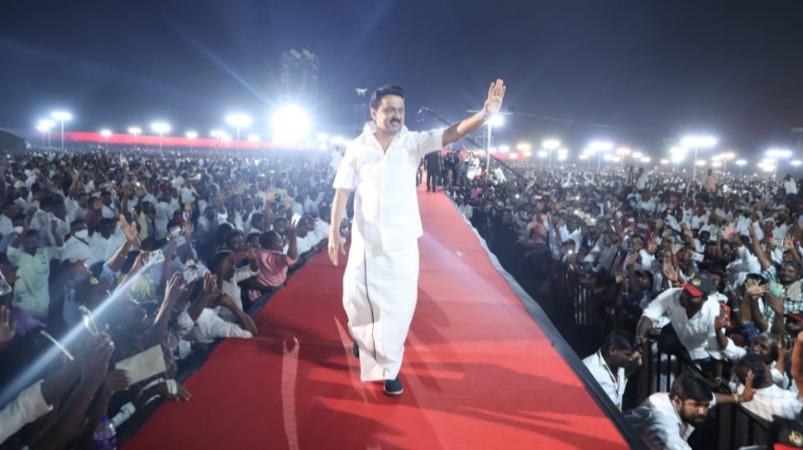 Tamil Nadu, Kerala, West Bengal, Assam, Puducherry The Election Commission has announced that the elections for the 5 state legislatures will be held in various phases from April 27 to April 29.

Accordingly, polling will be held in three phases in Assam, eight in West Bengal and in Tamil Nadu, Pondicherry and Kerala on April 6 in a single phase. The vote count takes place on May 2nd.

As the election campaign heats up in all five states, political parties are intensifying their efforts to finalize the coalition and candidate lists.

In this situation, Times Now And C-Voter Co-published a pre-election poll.

Its details are as follows:

In Tamil Nadu, the DMK and the Congress will hold a coalition government. Out of a total of 234 constituencies, the DMK alliance will get 158 ​​seats. This is 60 seats more than it got in the 2016 election. The ruling AIADMK, BJP The coalition will get 65 seats.

Marxist-led, winning 82 of the 140 constituencies in Kerala Left-wing Will retain the lead rule. The Congress-led United Democratic Front will get 56 seats. The BJP will get only 1 seat.

Won 18 out of 30 seats in Pondicherry BJP The coalition will like the regime. The Congress, which won last time, will get only 12 seats.

Thus stated in the poll.

West Bengal is ruled by Mamata Banerjee Trinamool Congress will hold power for the 3rd consecutive time. The party will get 154 seats out of a total of 294.

Winning 107 seats here BJP Will emerge as the greatest force. Even if the Congress and the Left compete together in this election, there will be a huge setback. Only 33 seats will be available for this meeting.

Previous articleRRR: Alia is going to enter the sets once again .. Romantic duet with Cherry!
Next articlePraise to the woman police who regulated traffic with a baby in Chandigarh