Legend Pele in a letter to Putin: “Stop the invasion” 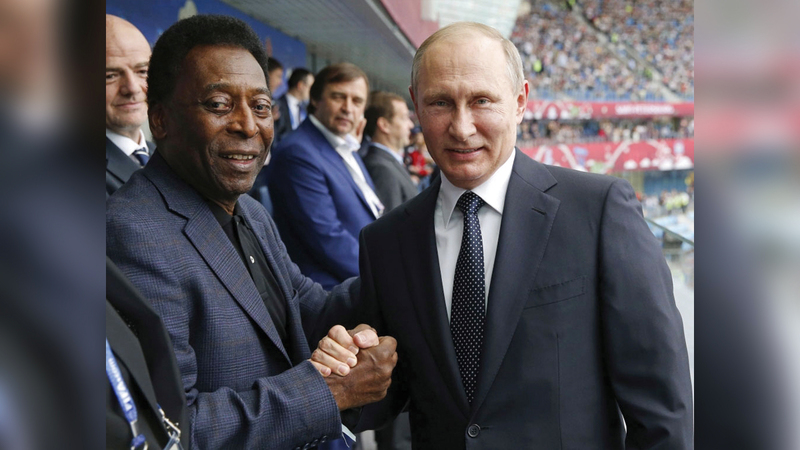 Brazilian soccer legend Pele has pleaded with Russian President Vladimir Putin to end his army’s invasion of Ukraine, as the war-torn country took a breather from conflict to compete for a place in the 2022 World Cup in Qatar.

And Pele wrote in an open letter to Putin, which was published on “Instagram” before the Ukrainian team faced Scotland (Ukraine won 3-1) in the semi-finals of the first track of the European play-off that qualifies for the world football feast.

“I want to use today’s match as an opportunity to make a request: stop the invasion,” said the three-time world champion. “There is absolutely no justification for the continued violence.” “This conflict is evil and unjustified, and it only brings pain, fear and terror.. Wars only exist to separate nations, and there is no ideology that justifies the missiles that bury children’s dreams, destroy families, and kill innocents.”

Pele recalled his meeting with Putin in the past, exchanging “smiles accompanied by a long handshake.”

“The power to stop this conflict is in your hands,” he wrote. The same one I shook hands with in Moscow, at our last meeting in 2017.”