Leicester beat Watford by four in the FA Cup 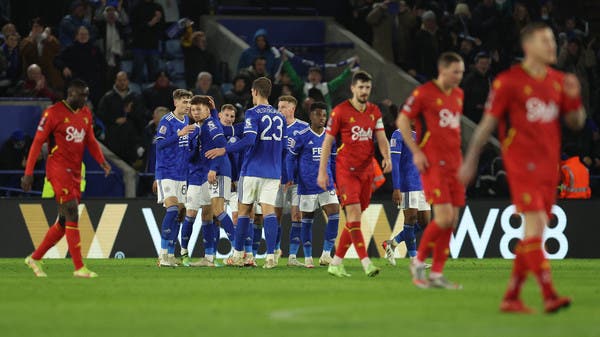 Leicester City qualified for the fourth round of the FA Cup after beating its guest Watford 4-1 during the match that brought them together on Saturday in the third round of the tournament.

Crystal Palace’s goals were scored by Michael Ulis and John Philip Mateta in the 46th and 58th minutes, while Millwall’s Bennik Afobe goal scored in the 17th minute. Fulham also qualified for the fourth round by beating its host Bristol City with a clean goal scored by Harry Wilson in the 105th minute after extra time.

Newcastle were eliminated from the tournament after losing to Cambridge United with a clean goal, scored by Joe Ironside in the 57th minute.

Barnsley also qualified for the fourth round after beating Barrow 5-4, Brighton over West Bromwich 2-1 after extra time, and Queens Park Rangers after beating Rotherham United 8-7 on penalties after the end of the original and extra time with a 1-1 draw.