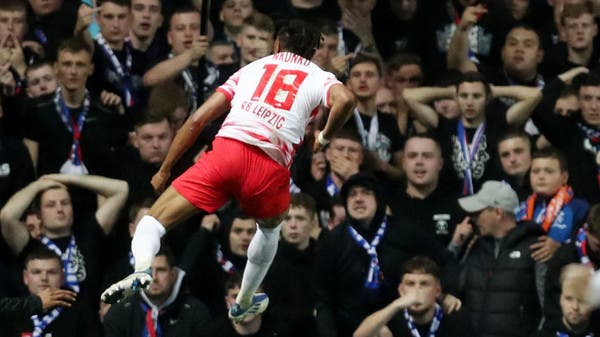 German club Leipzig has renewed the contract of its top scorer, French striker Christopher Nkunku, until 2026, it was announced on Thursday.

The 24-year-old produced impressive levels last season, scoring 35 goals, including 20 in the Bundesliga, and 19 assists in 50 games in all competitions.

His brilliance led to his being called up for the first time to the French national team last March and aroused the interest of his former club, Paris Saint-Germain, who left him in the summer of 2019, in addition to Manchester United.

Two years remain from his original contract, but club director Oliver Mintzlaff wanted to guarantee the services of his player for four years, after he scored 93 goals in 134 games.

According to reports, the new contract includes a significant increase in the salary of the player who won the award for the best player in the Bundesliga in the 2021-2022 season, overtaking Bayern Munich’s Robert Lewandowski, while the newspapers “Kicker” and “Bild” indicated that the penalty clause is approximately 60 million euros. ($63 million) and becomes effective next summer.

In a statement issued by Leipzig on Thursday, Nkunko said: “I was really impressed with the club’s efforts to keep me, so I extend my heartfelt thanks to those in charge, especially Oliver Mintzlaff, with whom I have always been in close contact.”

Leipzig, backed by the energy drink company Red Bull, won the German Cup last season, achieving the first title for the club, which was founded only in 2009, but it climbed the pyramid of German football from the fifth tier in seven years.

Qualifying again for the Champions League next season, Nkunko said the club have big goals: Leipzig has made a name for itself on the international scene in recent years and shown that we can compete for trophies.