Leipzig starts its career with a loss against Mainz 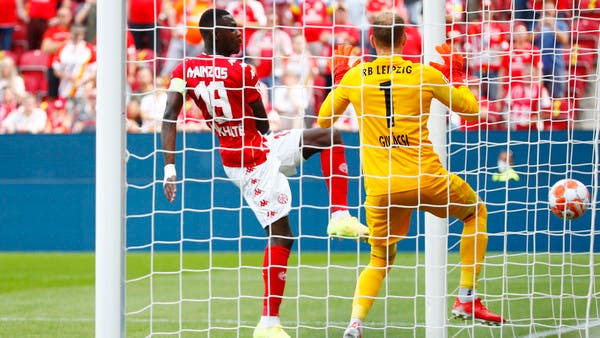 American coach Jesse Marsh started his career with Leipzig, last season’s runner-up, with a 0-1 loss at the hands of Mainz at the latter’s stadium, on Sunday, in the first phase of the German Football League.

After winning the Austrian League and Cup double two seasons in a row with Red Bull Salzburg, Marsh moved this season to supervise Leipzig, succeeding Julian Nagelsmann, who moved to coach Bayern Munich.

Like Nagelsmann, who started his Bavarian adventure on Friday with a 1-1 draw with Borussia Monchengladbach, Marsh stumbled at the beginning of his career with Leipzig, even though his team was facing an opponent whose preparations were greatly affected by infections in his ranks with the Corona virus.

Mainz had to put 11 players in isolation after it was found that three of them were infected with the Corona virus, led by Austrian striker Karim Onisiou.

In the midst of these circumstances, Danish coach Bo Svensson was forced to make adjustments to his squad, but that did not prevent Mainz from clinching the three points against the runners-up and renewing their victory over the latter after beating them 3-2 in their last confrontation last January at the same stadium.

Mainz owes the victory to French captain Moses Nyakate, who scored the game’s only goal in the 13th minute, and to his defense and goalkeeper Ruben Zentner, who withstood the attempts of Swedish striker Emil Forsberg and newcomer from Eintracht Frankfurt, Portuguese striker Andre Silva. The stage concludes later with the meeting of Cologne and Hertha Berlin.