Let’s wear seat belts even if we sit in the back seat: Businessman Anand Mahindra Tweet 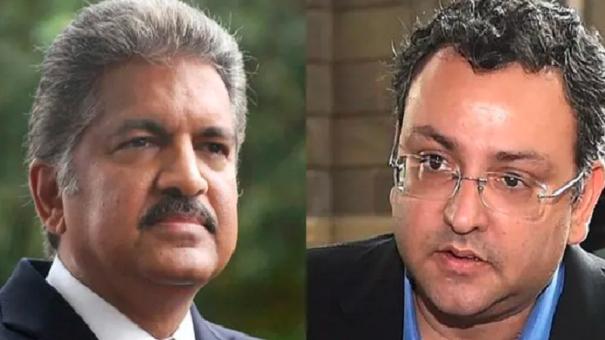 Mumbai: While the news that Cyrus Mistry died in a car accident was due to not wearing a seat belt, businessman Anand Mahindra has tweeted that he will wear a seat belt if he sits in the back.

Former chairman of Tata Sons, Cyrus Mistry, died in a car accident yesterday (September 4). He was 54. He was traveling from Ahmedabad to Mumbai in a Mercedes car. Then his car unexpectedly collided with the retaining wall of the bridge over Suriya river at Balkar near Mumbai. Two people including Cyrus Mistry died in the accident.

In this case, after examining the CCTV footage, the police found that the car crossed Saroti check post in Palghar area at 2.21 am. The accident site is 20 km away from there. The time of the accident was exactly 2.30 am. The accident took place in the 9th minute after the car left the check post. It is revealed that the car covered a distance of 20 km in just 9 minutes. Cyrus Mistry was sitting in the back seat when the accident occurred but was not wearing a seat belt, it said.

Quoting this, Mahindra Company Chairman Anand Mahindra posted on Twitter, “Even if I sit in the back seat when I travel in a car, I take a pledge that from now on I will always wear a seat belt. I request all of you to do this. Let’s do this for our family.”